The form of Villa Žanjice is completely generated by following the terrain’s contour lines, which in a way integrates it into the given location. The newly developed volumetry simulates a wave and fits into the slopes of the green hill above the inlet of Žanjice, on the Luštica Peninsula, framing the unspoilt nature and the sea horizon.
The duality of the house is clearly emphasised by the contradictions in materialisation, which divide the house horizontally and separate its two levels. A plinth is formed of rough stone, modelled according to authentic Luštica drystone walls, in order to achieve an associative connection with the traditional method of construction and the surrounding drystone walls, and also to de-materialise the section with the auxiliary and service facilities. 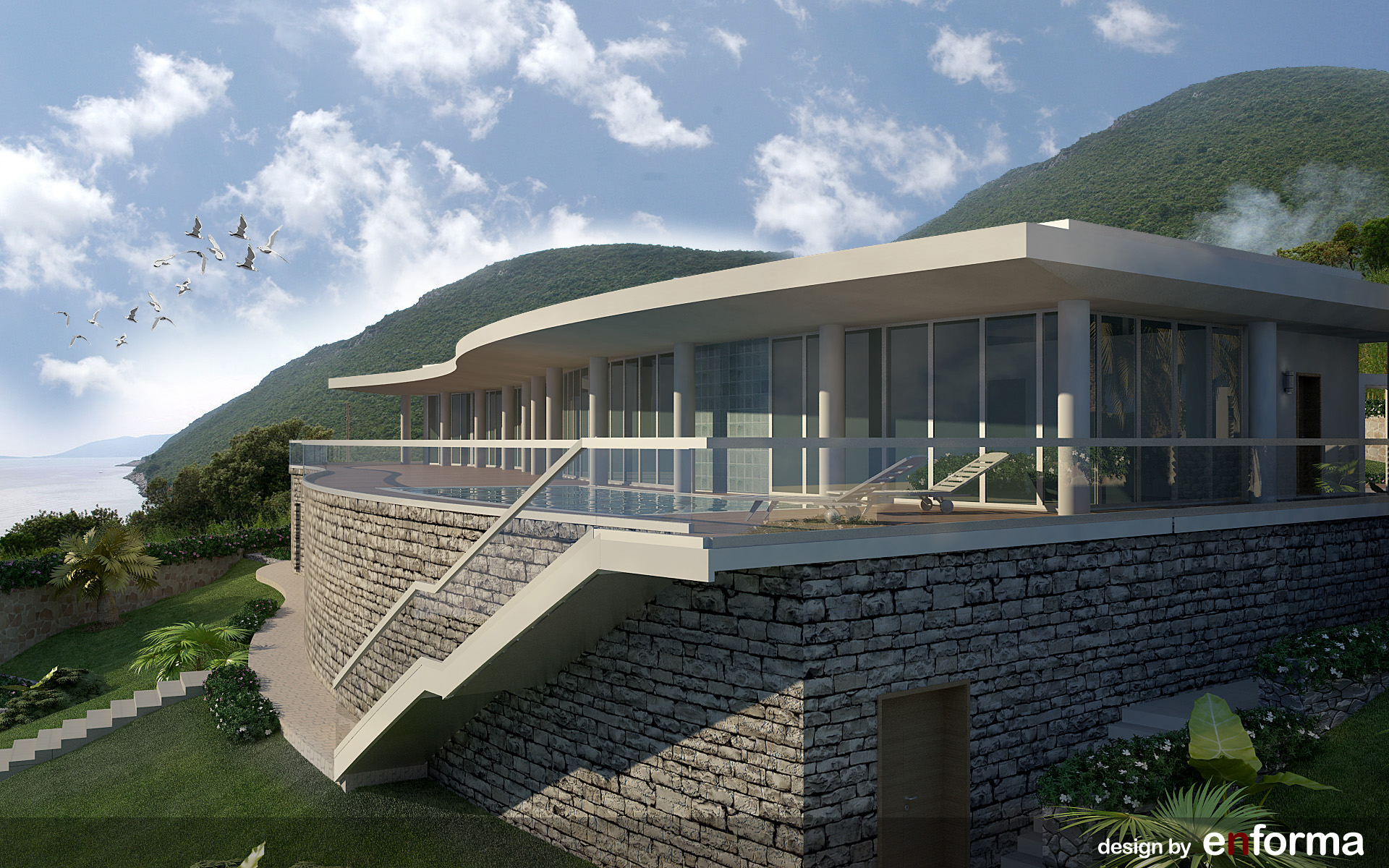 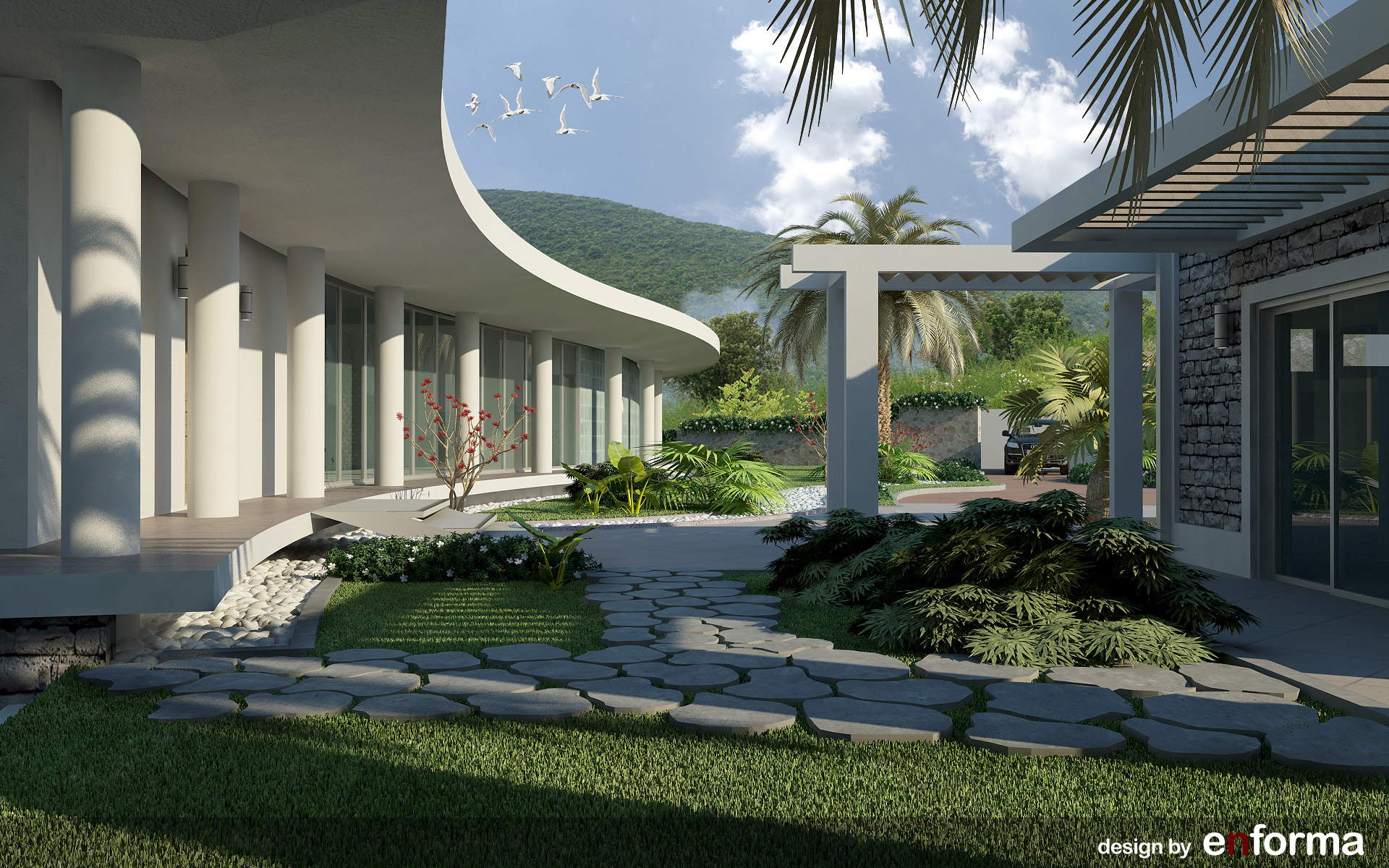 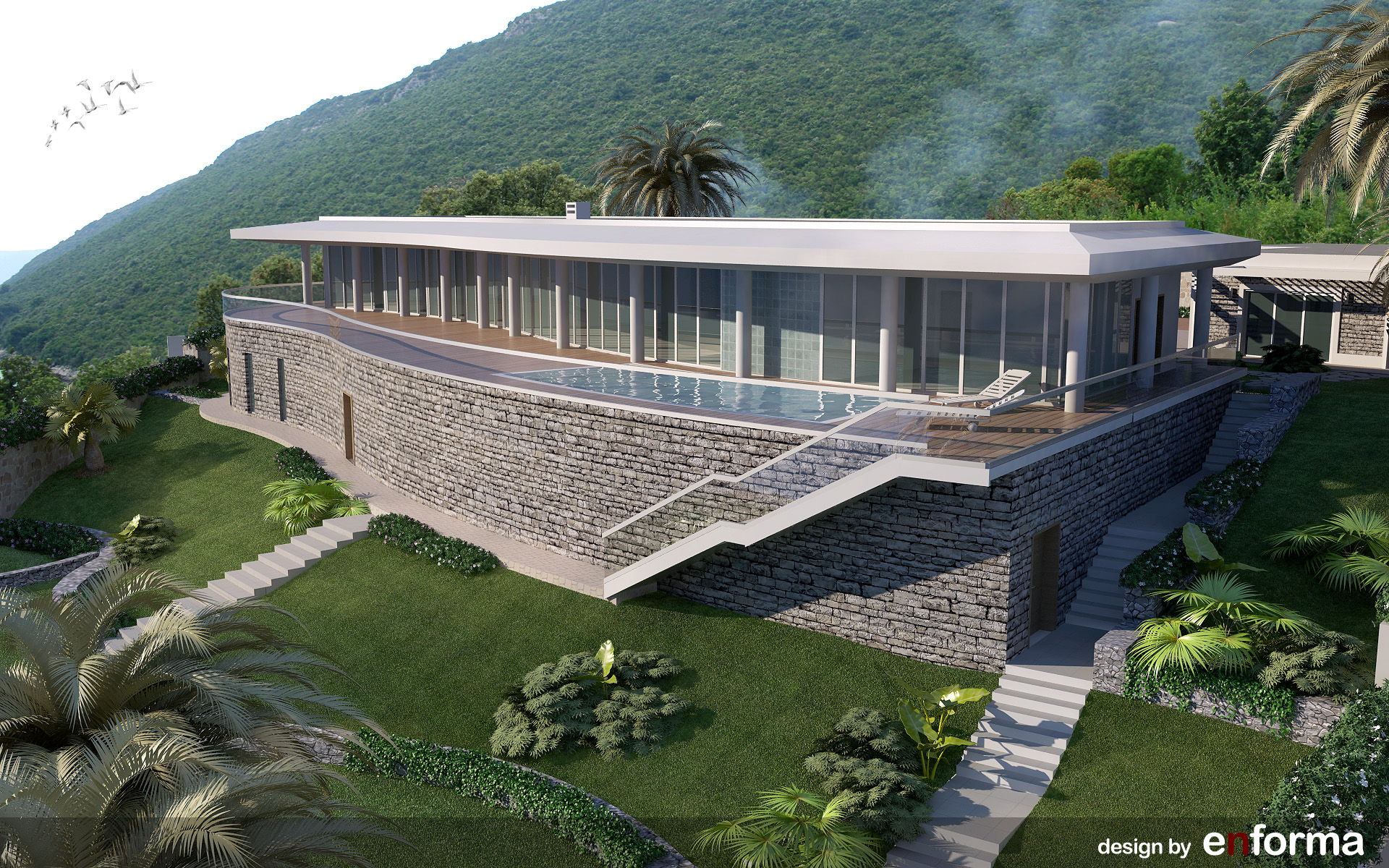 The non-invasiveness of the high-volume structure has been achieved by the use of glass materialisation in the modern-style indented upper floor that rises up from a stone base, where the main functional facilities are located.
The structure of this building is also characteristic, with clearly visible columns on the façade that completely liberate the interior space from structural elements and allow flexibility of the space, which adapts to the needs of the users.
It is this gesture of dual materialisation of the organic form that achieves an authentic architectural expression with a touch of Mediterranean character, and by implementing all the existing potentials of the location, such as windcatchers and desalinating water from the sea, one achieves a complete sustainable architecture harmonised with the natural environment. 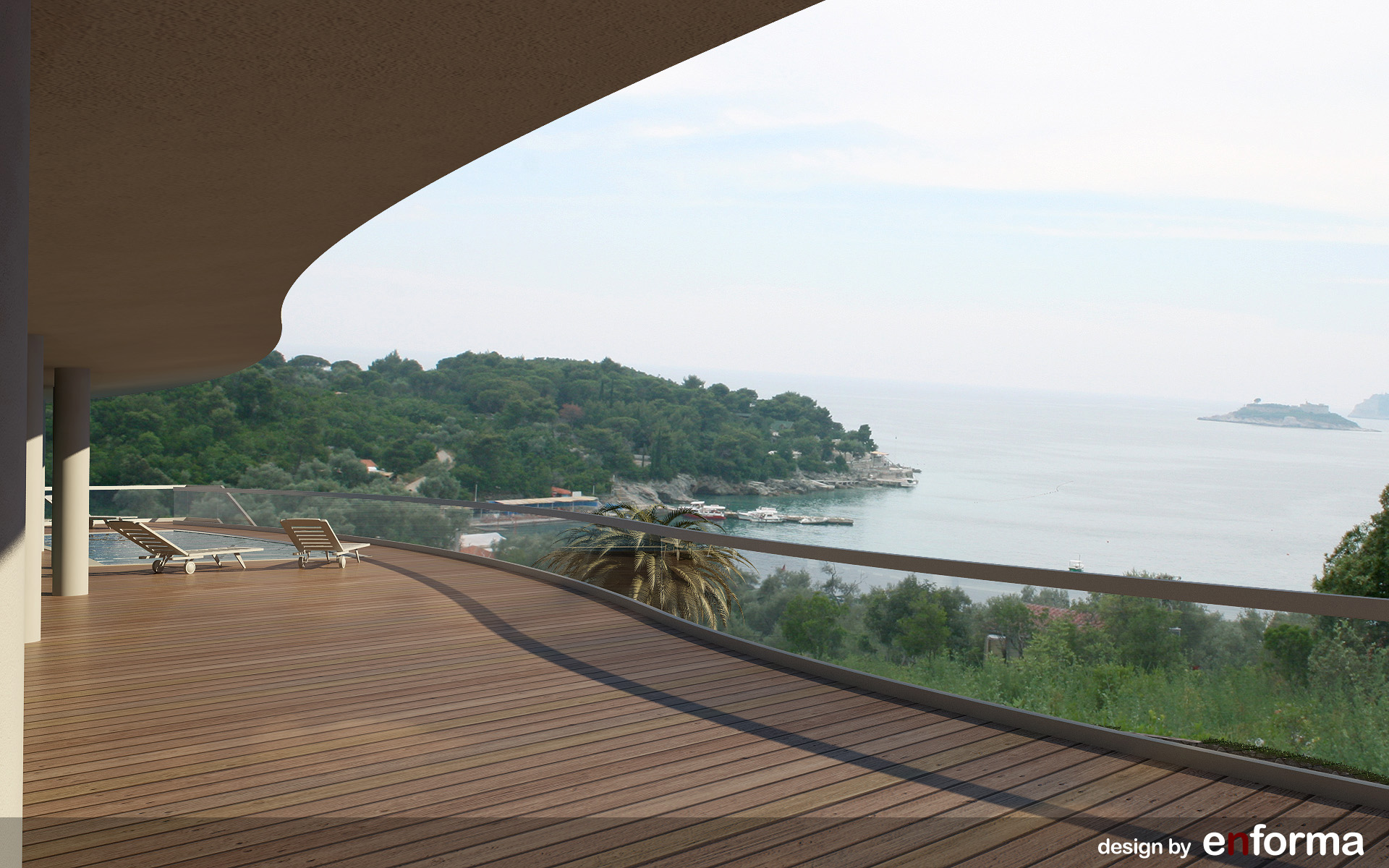