Villa M is located in the area of Sipkov Krs, on the very steep plot on the rocks which borders with the abyss. These characteristics of the terrain demanded a careful approach of conquering the space in the adequate way, without compromising the terrain, nor the existing ambient.
The position of the villa and its volume follows the terrain literally, the concept is to create an architecture that rises from the rocks. The main idea was to create a simple minimalistic architecture with clean strokes where the villa is visually formed from two volumes with different materials.
One volume is monolith without openings that follows the slope of the terrain. It is covered in stone, so it would blend in with the existing terrain and the natural ambient. The second volume is made of large glass surfaces and it is covered in perforated corten panels. The color of corten resembles earth tones, which furthermore emphasizes the concept in which the villa represents the extention of the natural context. 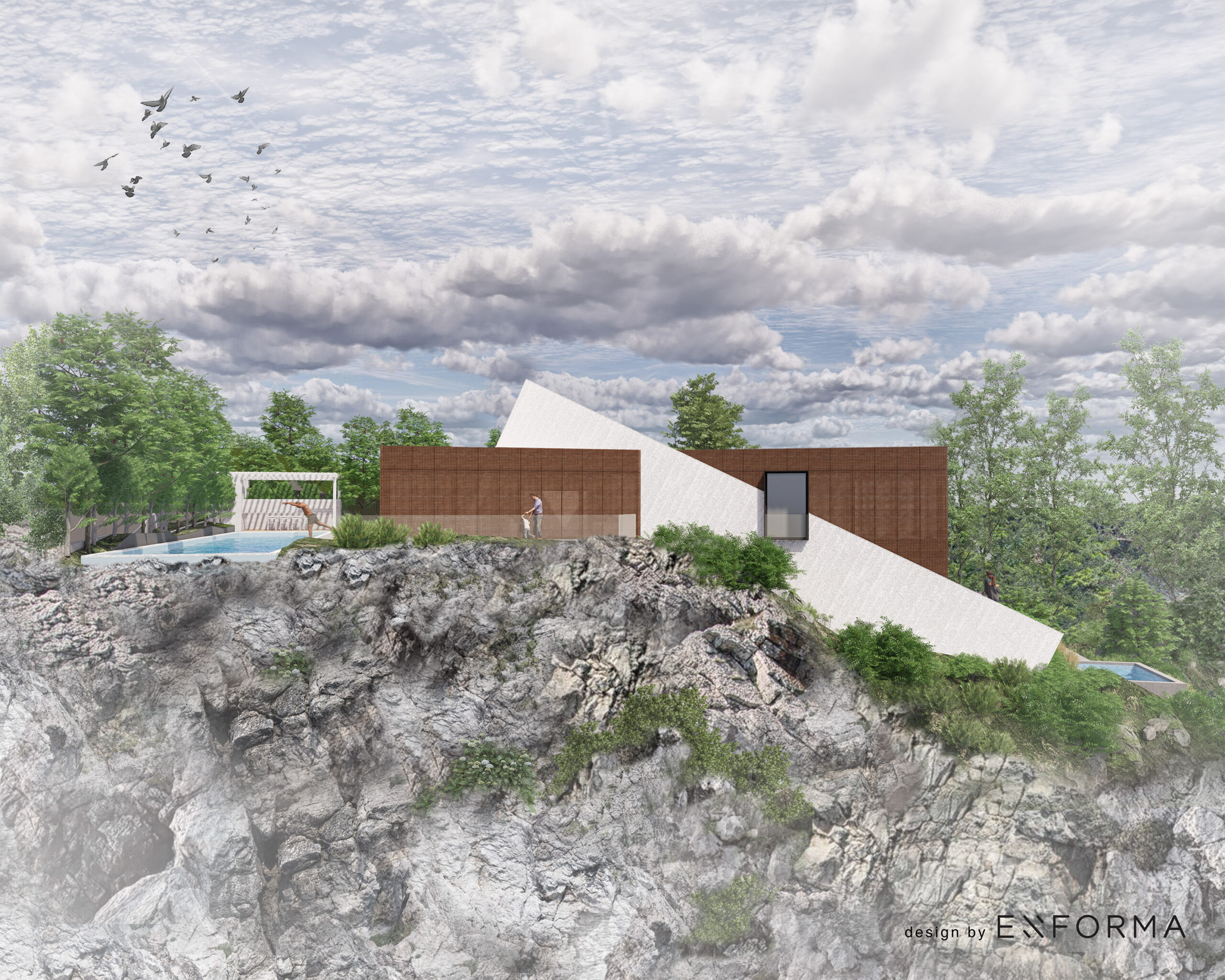 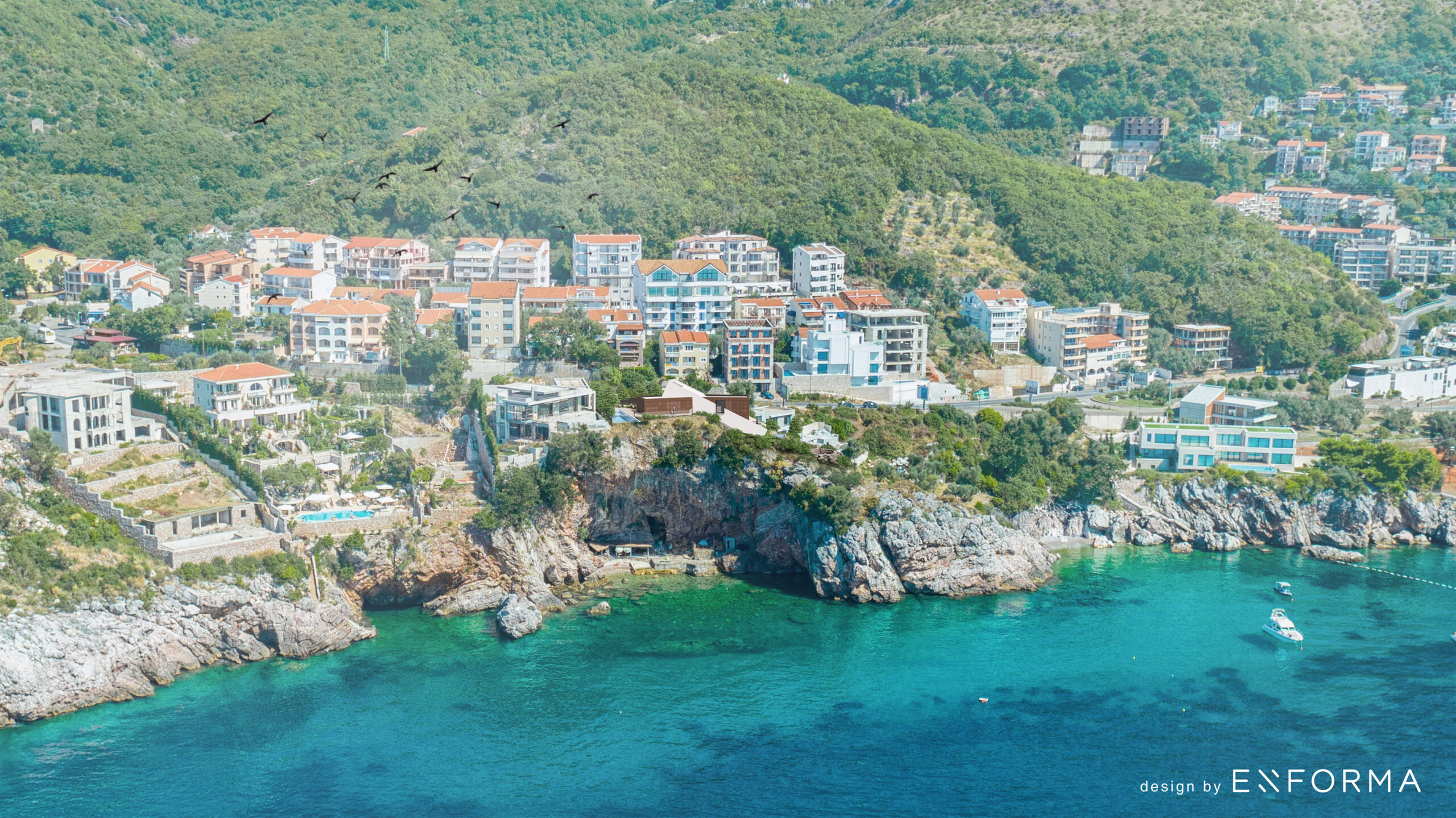 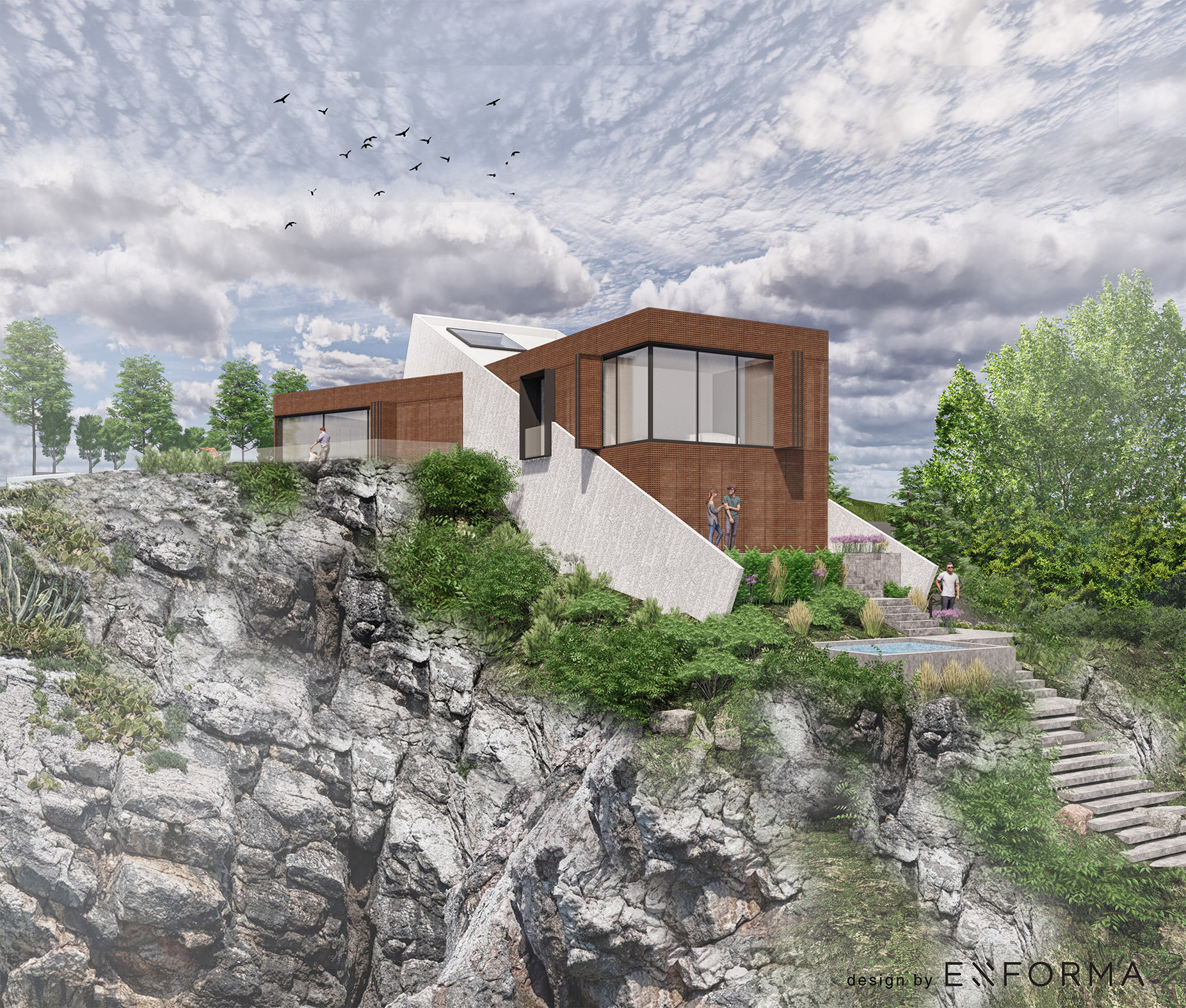 This unique location required careful approach to design which has to answer all the challenges that this terrain brings, but also to create a luxury type of building that will accent the favorable orientation of the parcel and views to the sea from 2 sides of the building. It is also important to mention that this villa does not compromise the views from the sea towards the built area. 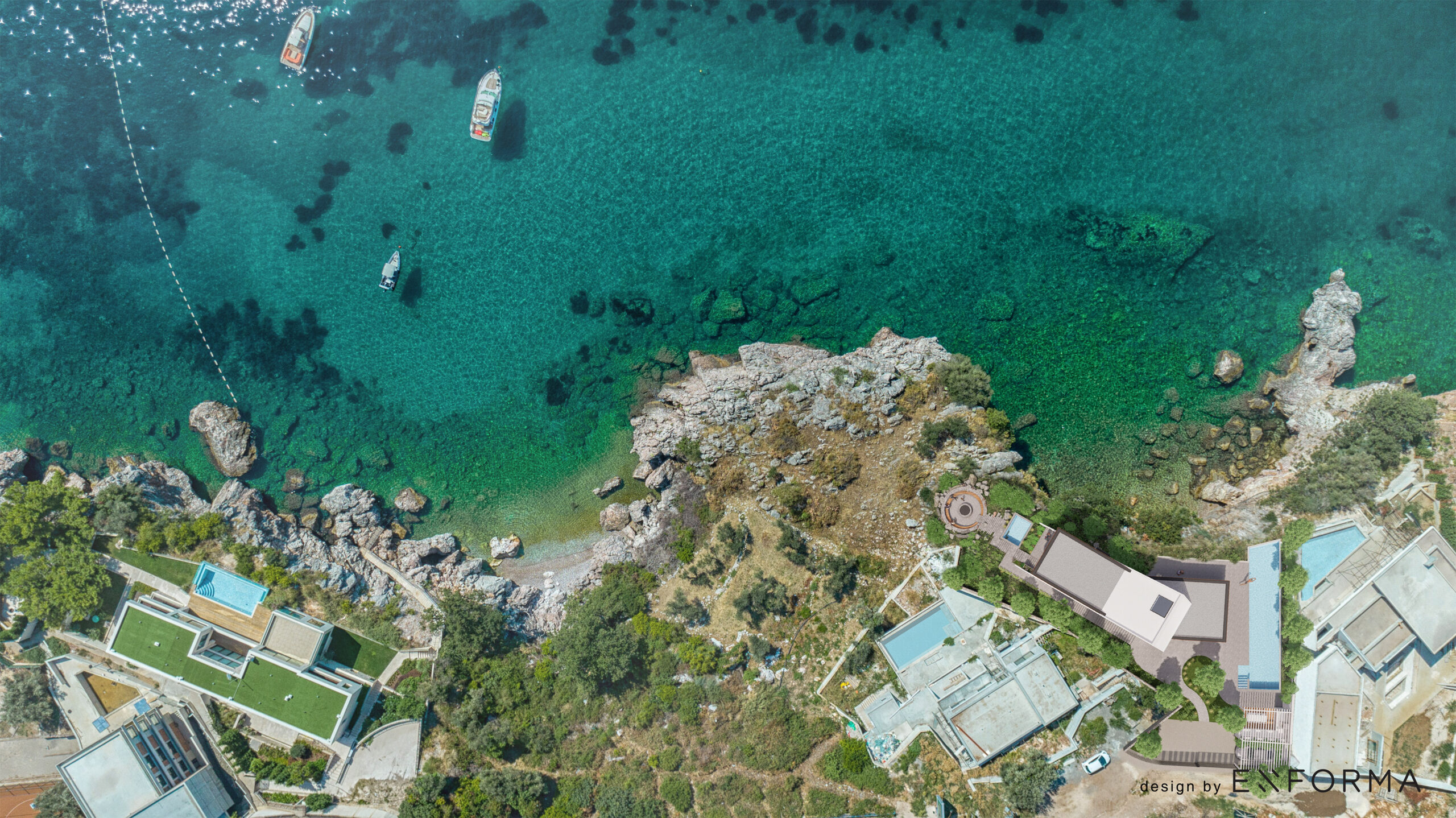 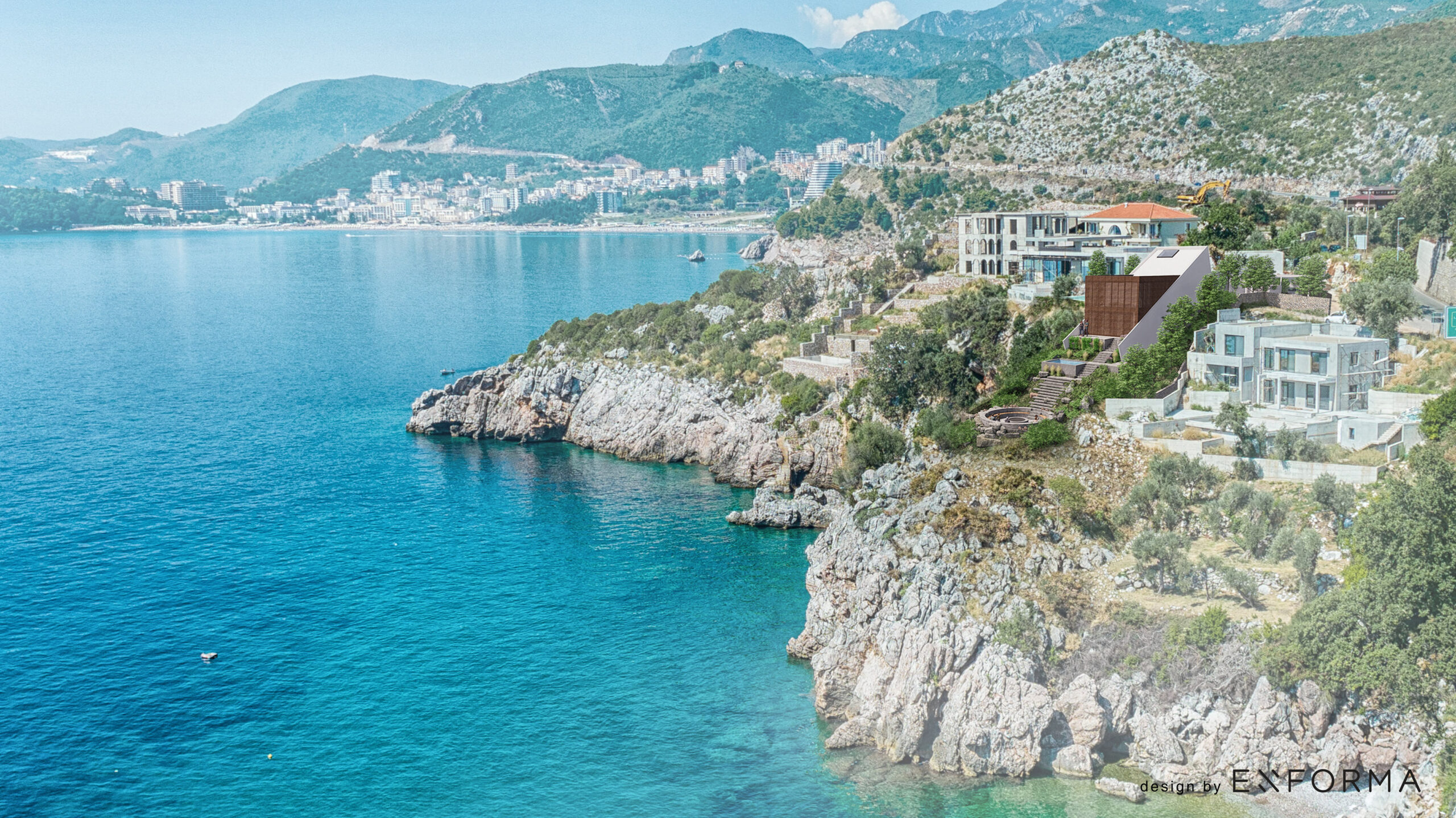 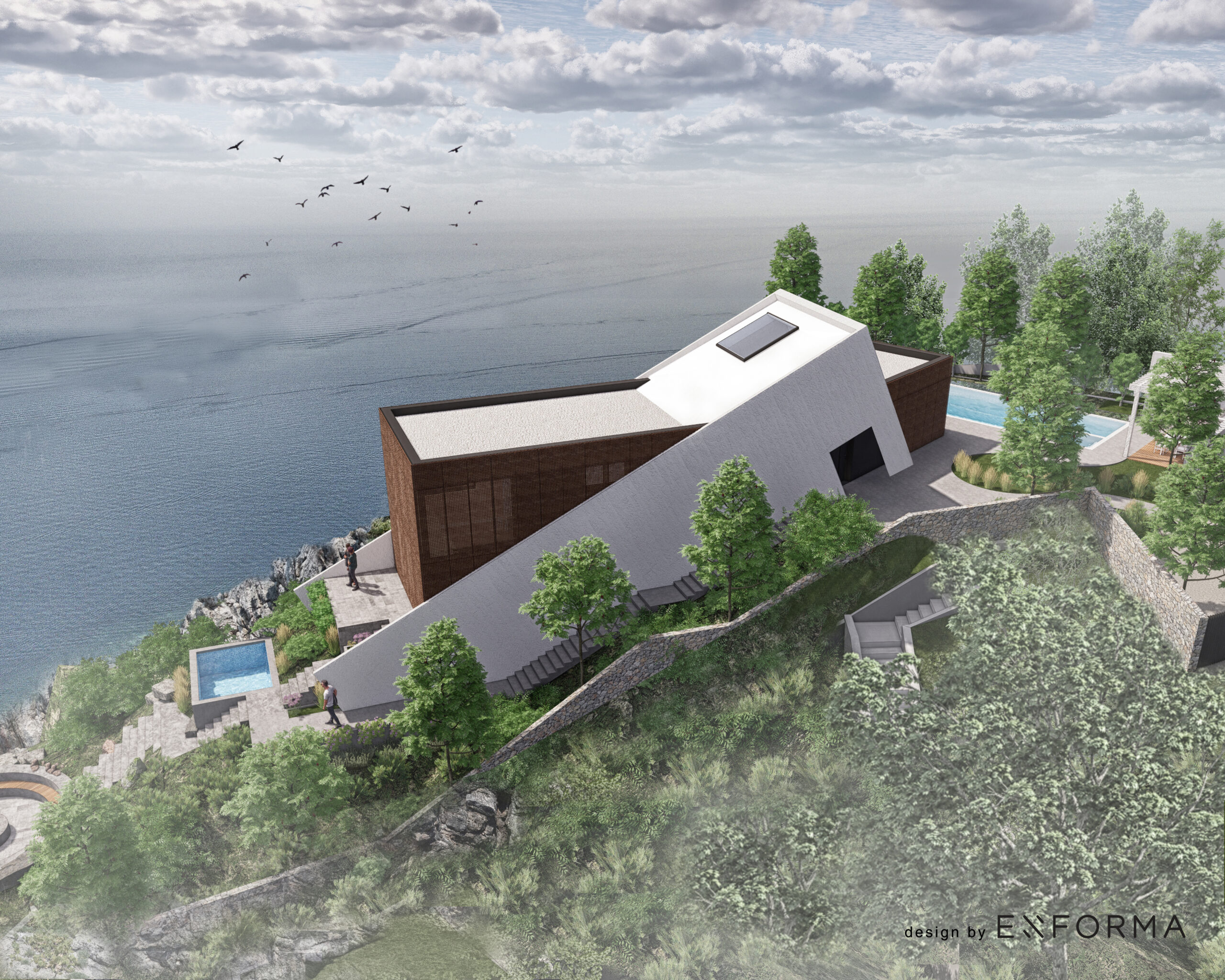 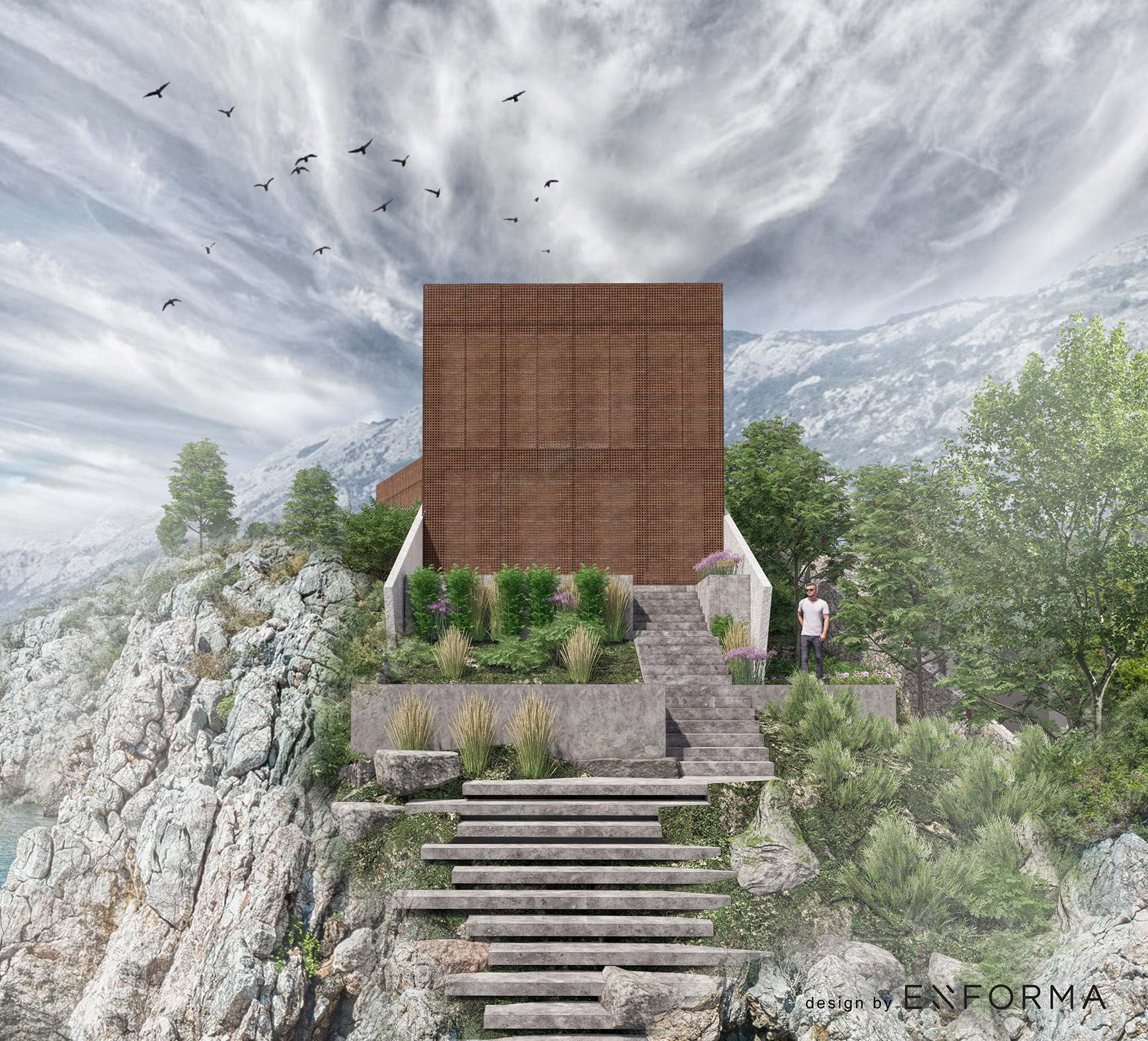