VALORISATION OF THE GRĐEVICA RIVERBED

The Urban Planning Study of Budva has shown that the city layout is developing predominantly in a longitudinal, "horizontal" direction. The valourisation of the Grđevica riverbed aims to revive and improve the morphology of the city by introducing the first vertical green connection into the general urban plan, which integrates the coastal zone with the upper urban structure. 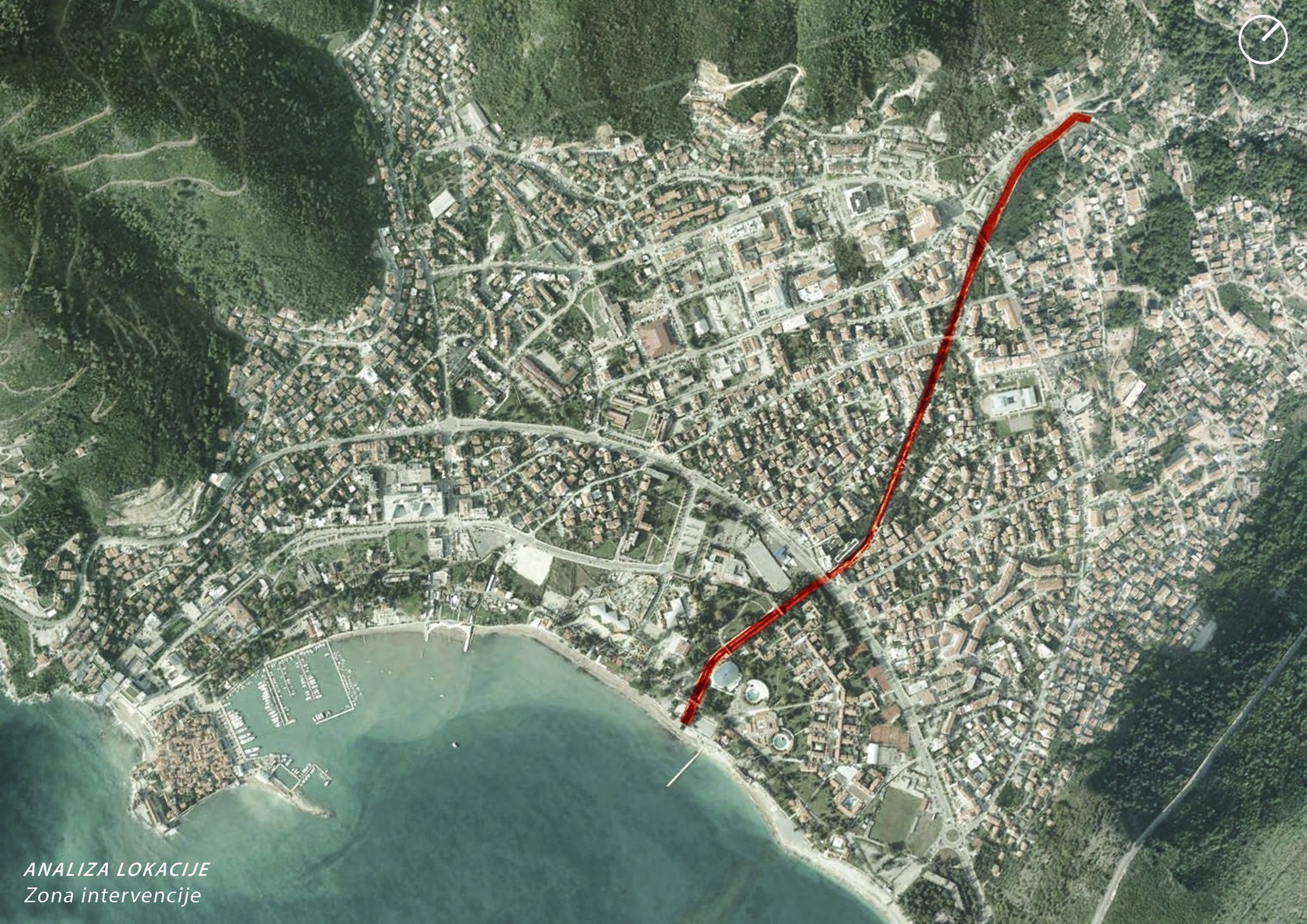 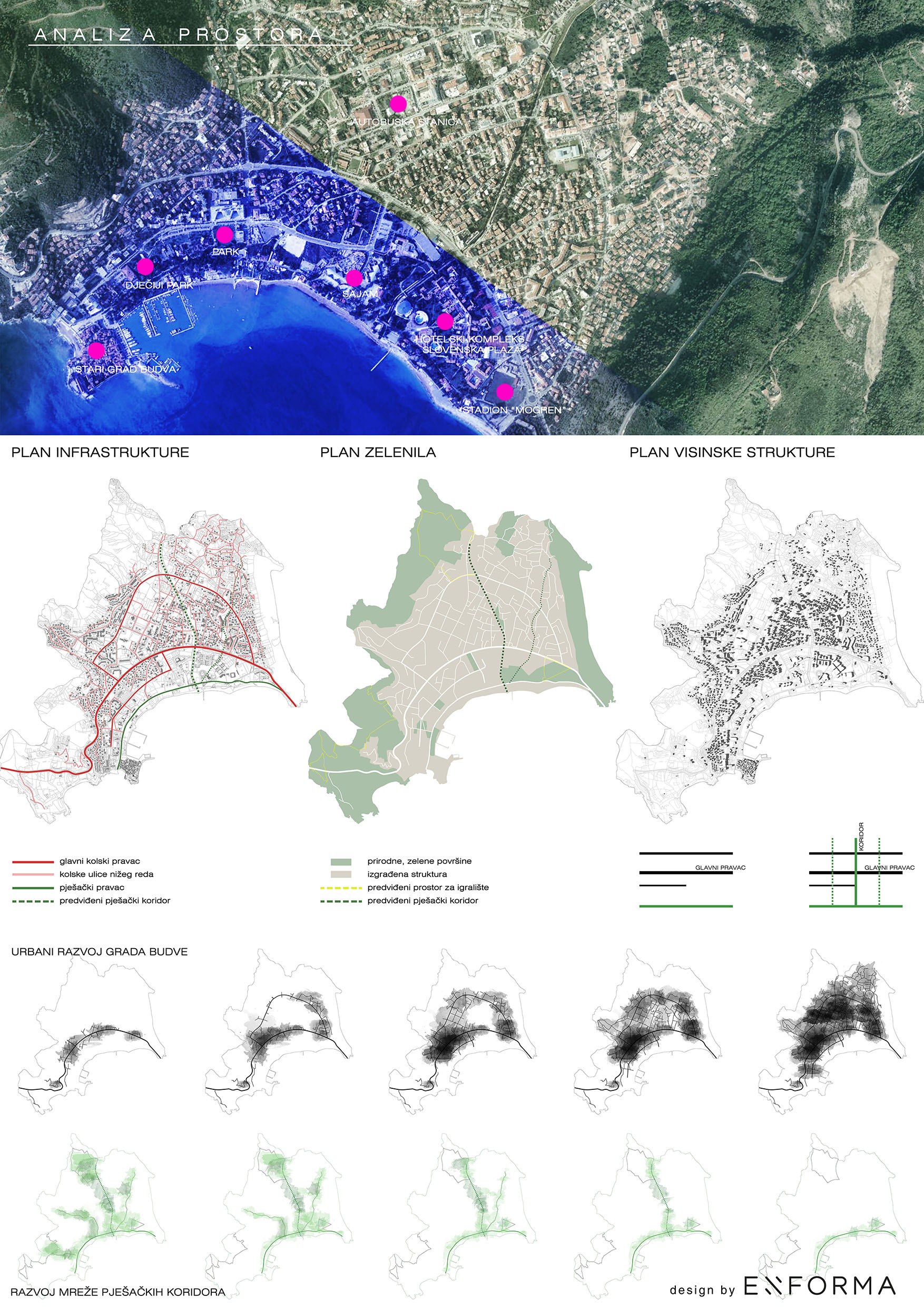 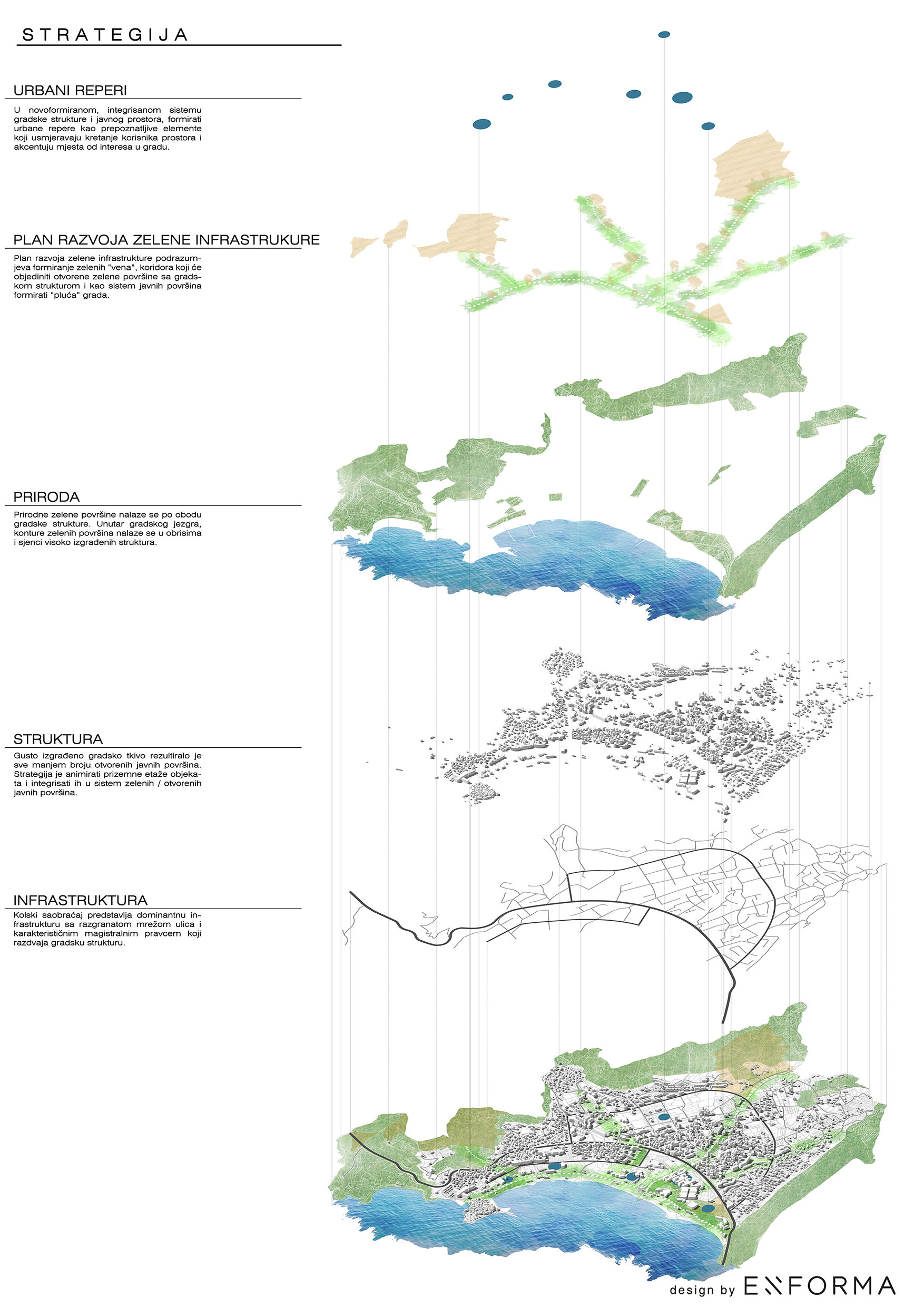 The complete construction of the stretch of the river is planned by channelling the River Grđevica with prefabricated elements that will provide greater capacity than when the level of the river is at its maximum, and which will achieve faster, more efficient and cheaper modular construction, and at the same time create a quality base for further parterre landscaping.
The promenade project clearly differentiates two units: a park area along the coastal zone and an urban area, which would enrich and bring to life the neglected ground floors of the buildings with their facilities, while the introduction of new, innovative public facilities provides new landmarks in the city intended for pedestrians, children and cyclists – linking them into a completely meaningful homogeneous entity, in the form of an open square.
The project emphasises a shift away from the irresponsible urbanism of investors, with a new way of thinking about green sustainable architecture, as a manifesto of thoughtful urbanism that addresses the needs of people, which is at the same time the initiator of coherent green, pedestrian corridors in the city. 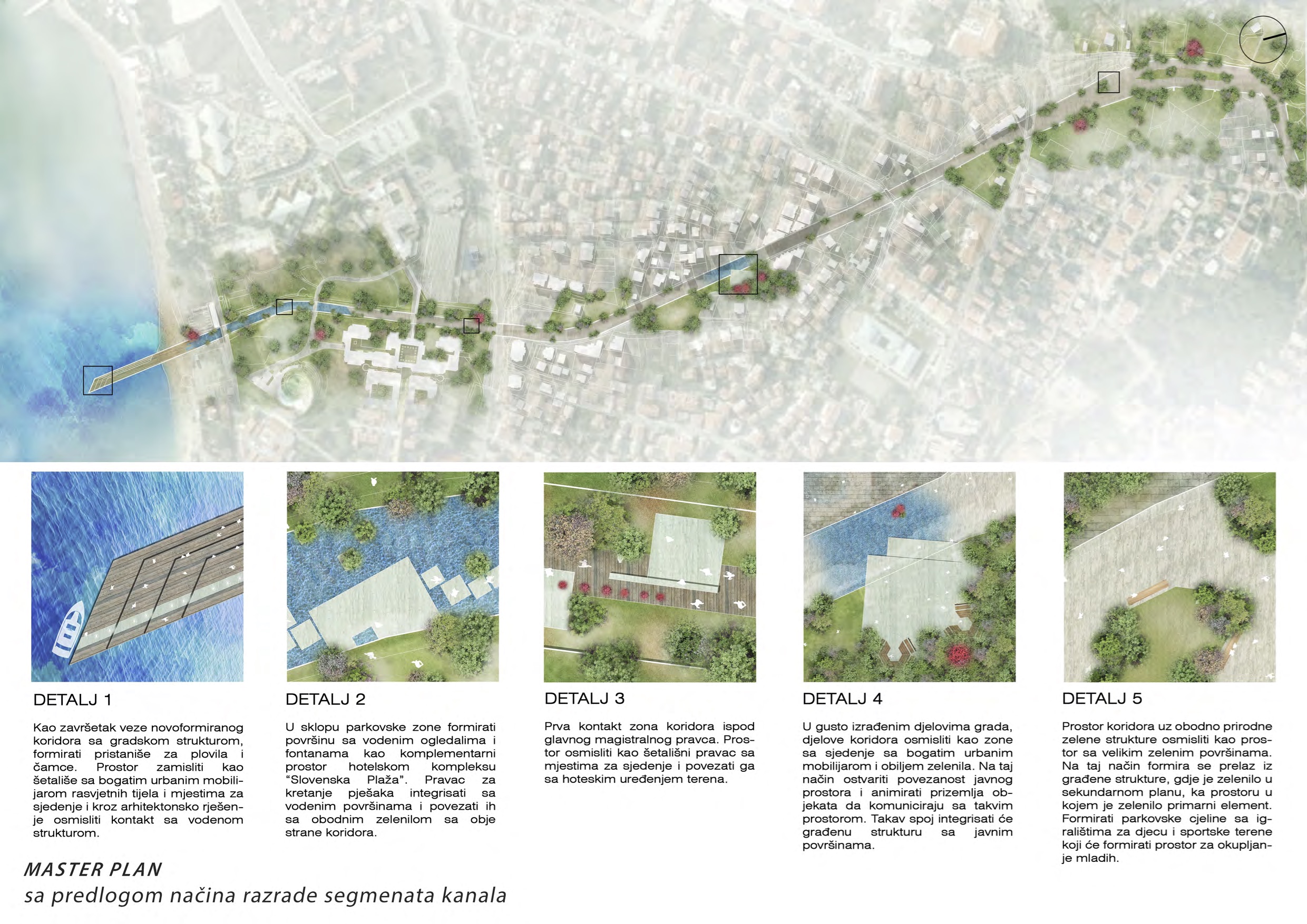 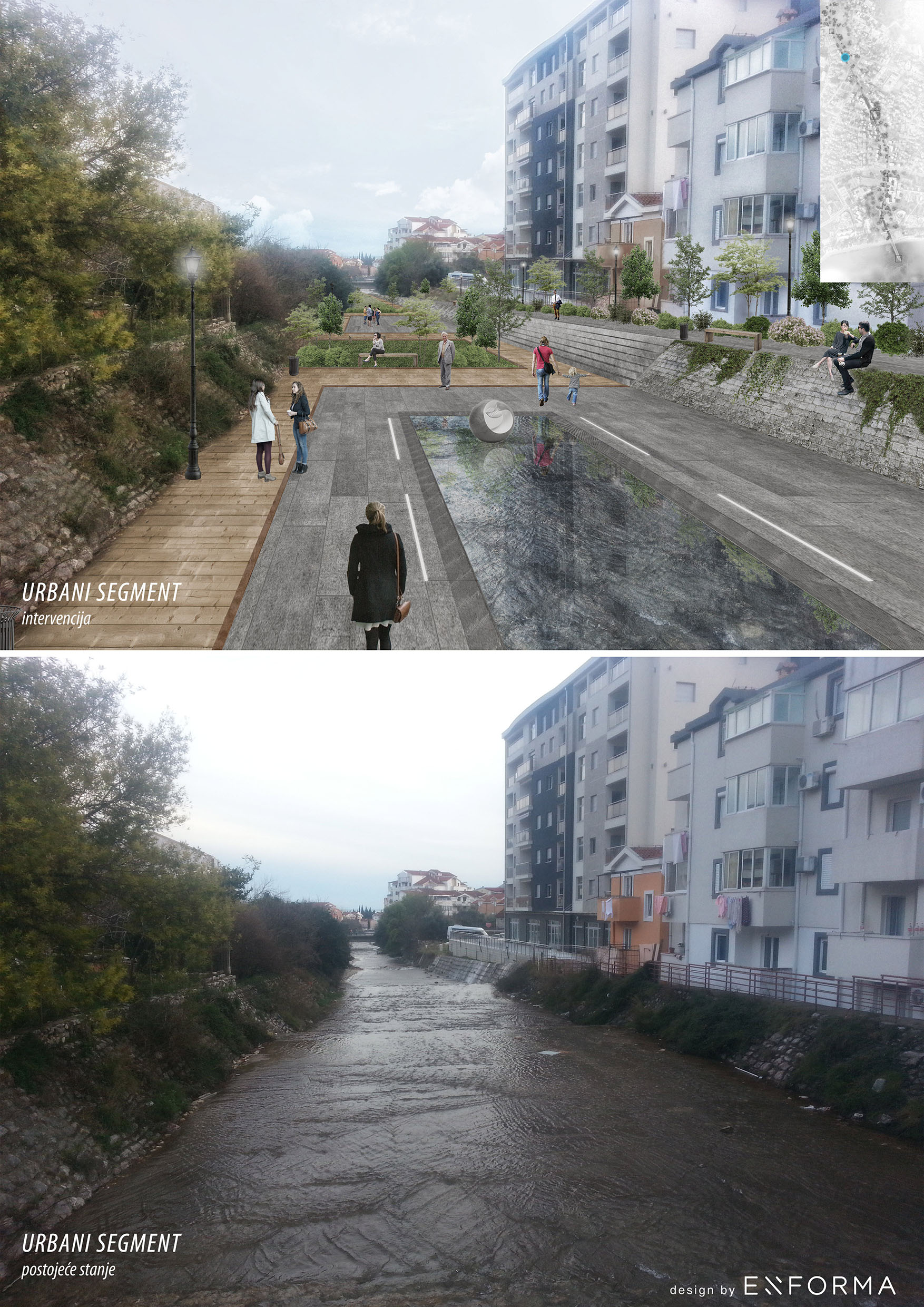