The Sveti-Stasije-Aroma (SSA) residential building is located in the Municipality of Kotor, next to the main road near the sea. This attractive location is extremely inspiring because of the typical bay setting, tucked into the dense green belt of vegetation, and the vicinity of the sea.
The design of the building is based on establishing a relationship with the main landmark of the macro- location, the renaissance spire of the Church of St. Eustahije. This structure is the symbol and characteristic feature of the settlement, and as such dictates the design of any new architecture and is the backbone for generating newly created forms. 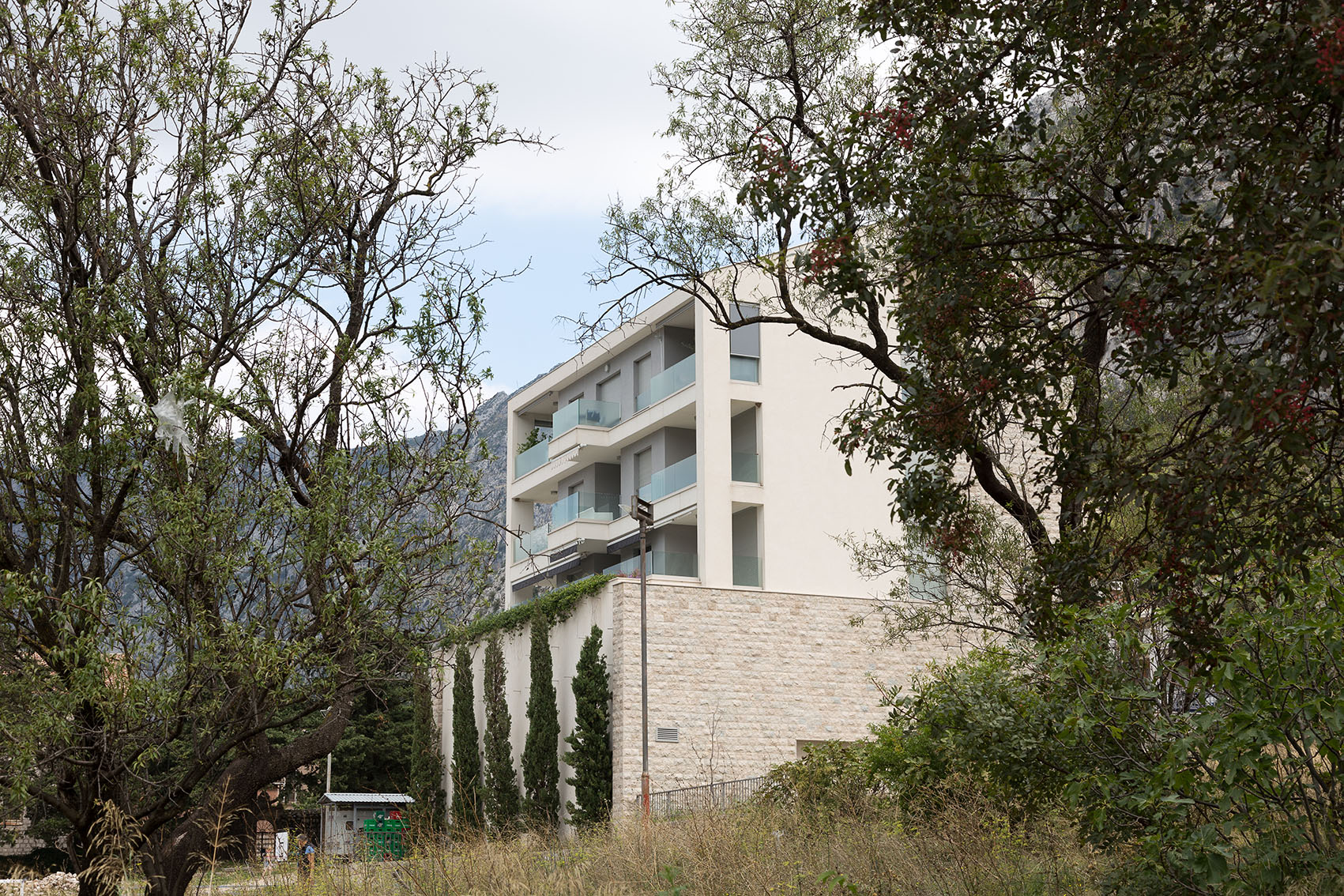 Splitting the basic form of the building into two components breaks up the massiveness of the structure and does not allow it to dominate the surrounding space. By partitioning the volume, the building remains inferior to the church tower, respecting the given genius loci, and responds to the demanding task of fitting into the surroundings, defined by the striking architectural heritage. The basic form of the structure is derived from a traditional, archetypal house, which least usurps the existing built connective tissue, and the different colours of the materials accentuate its duality. The stone part of the house acts in response to the theme dictated by the church tower, while the fragment facing the sea is painted pure white as a contemporary interpretation of the form of traditional Mediterranean architecture. 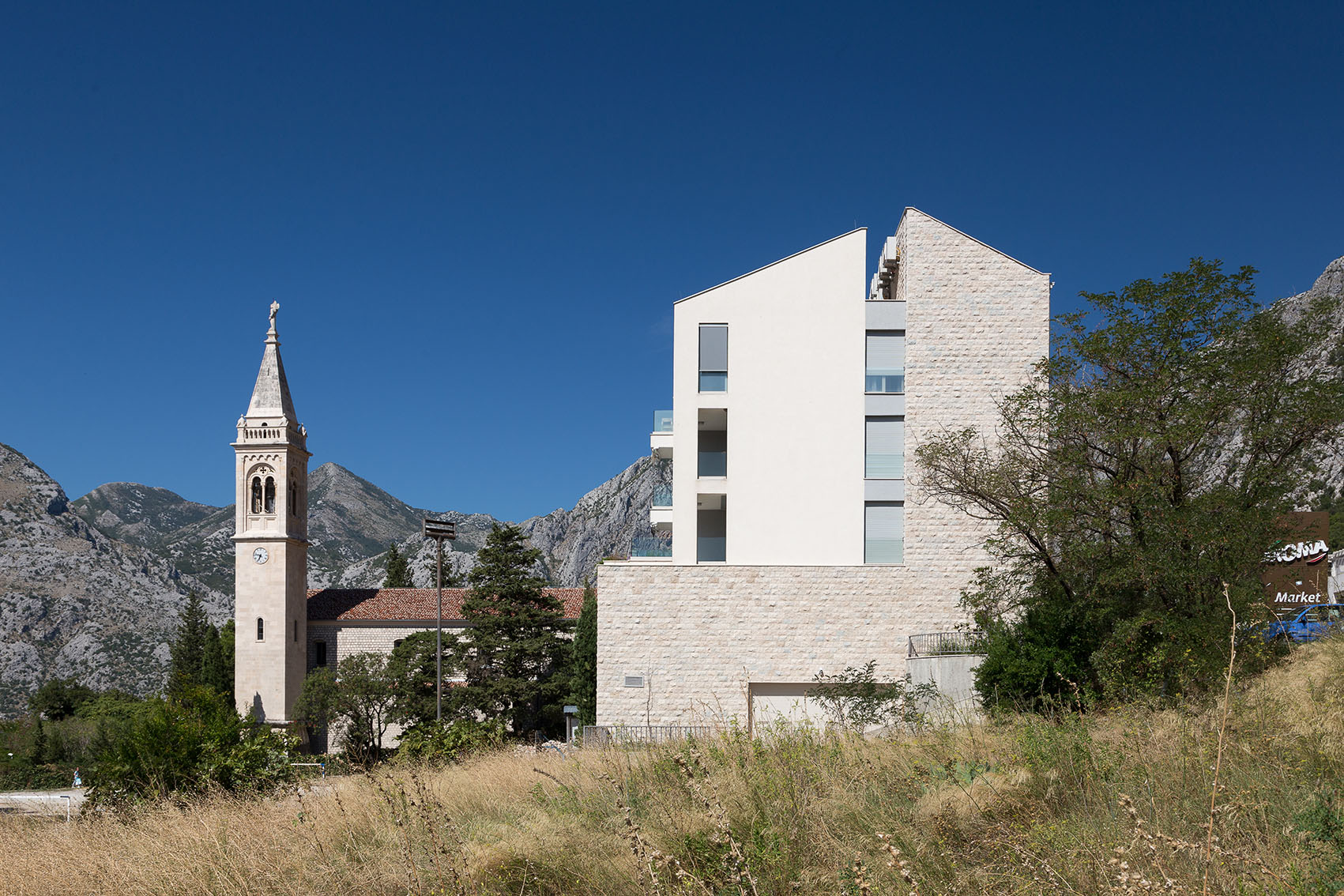 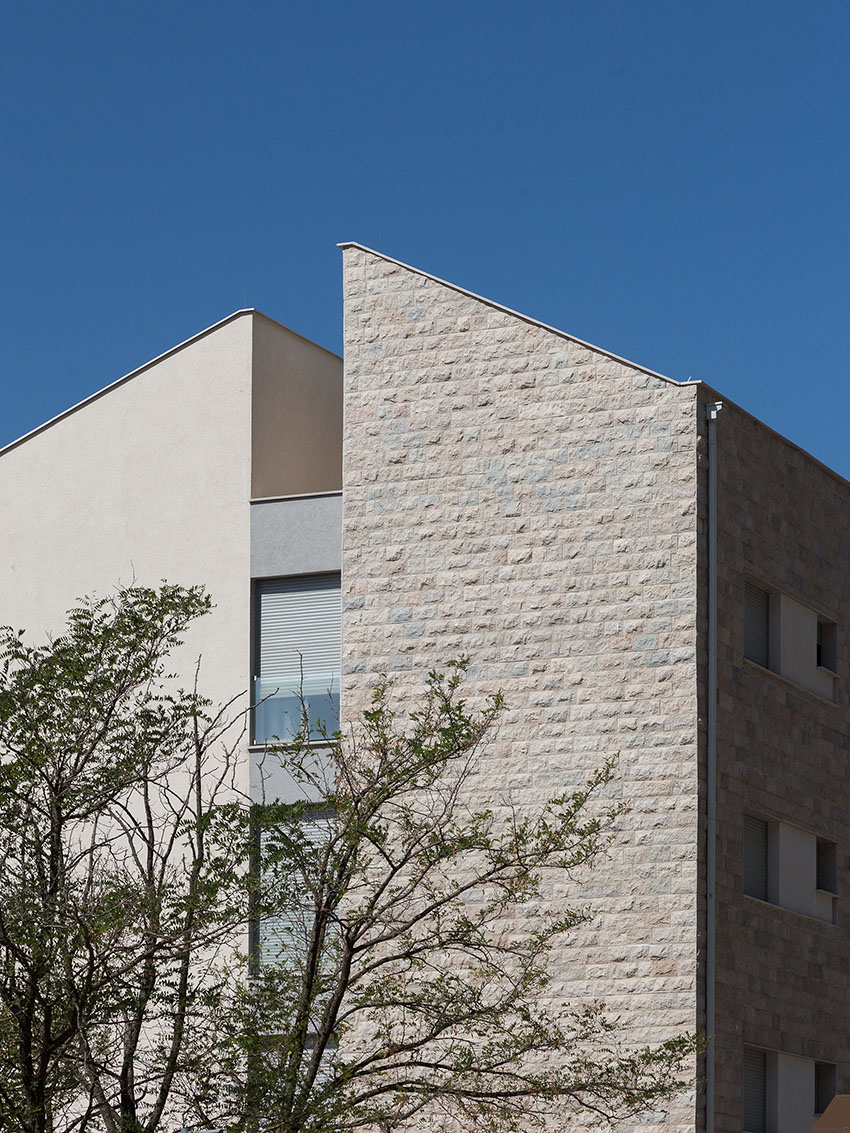 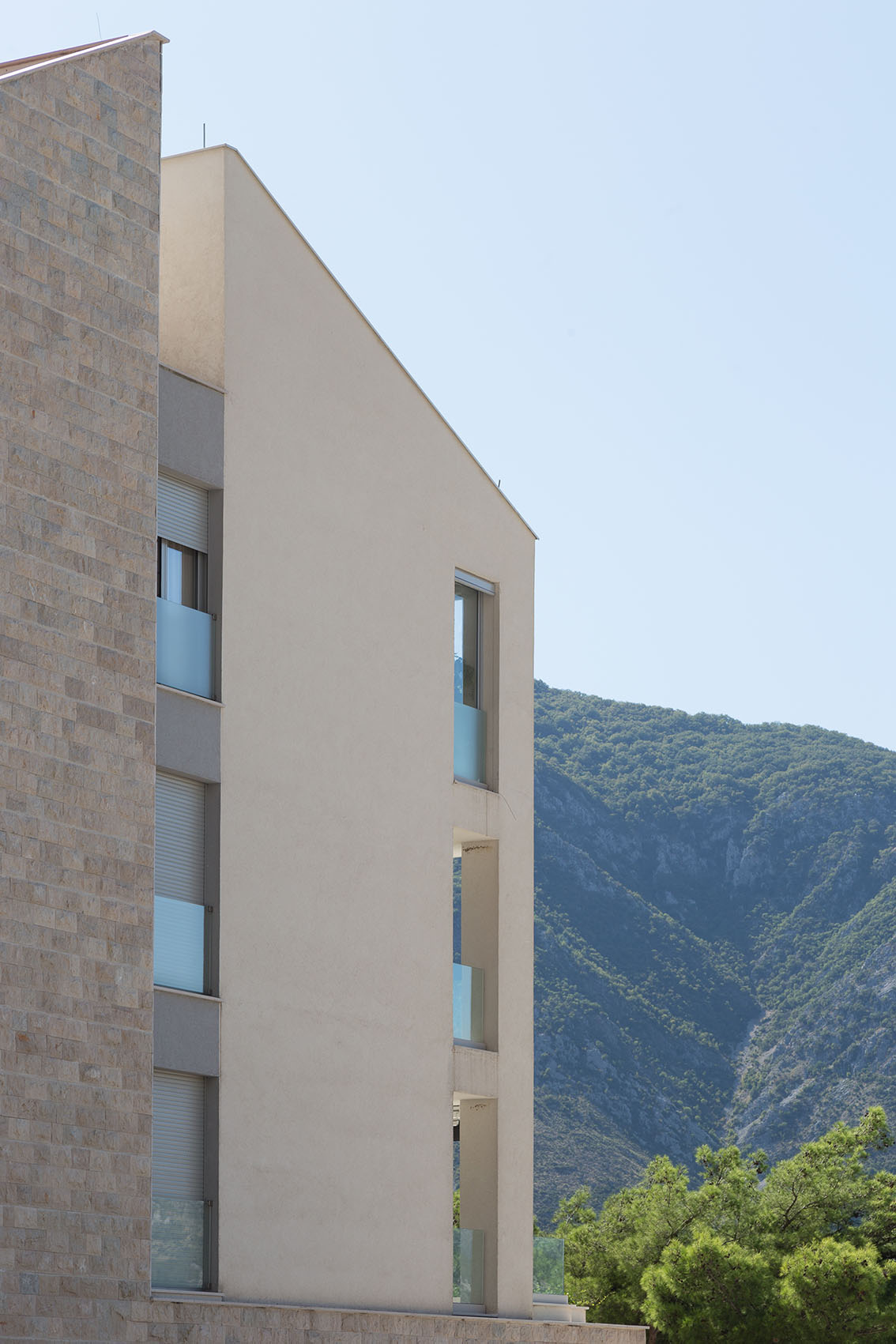 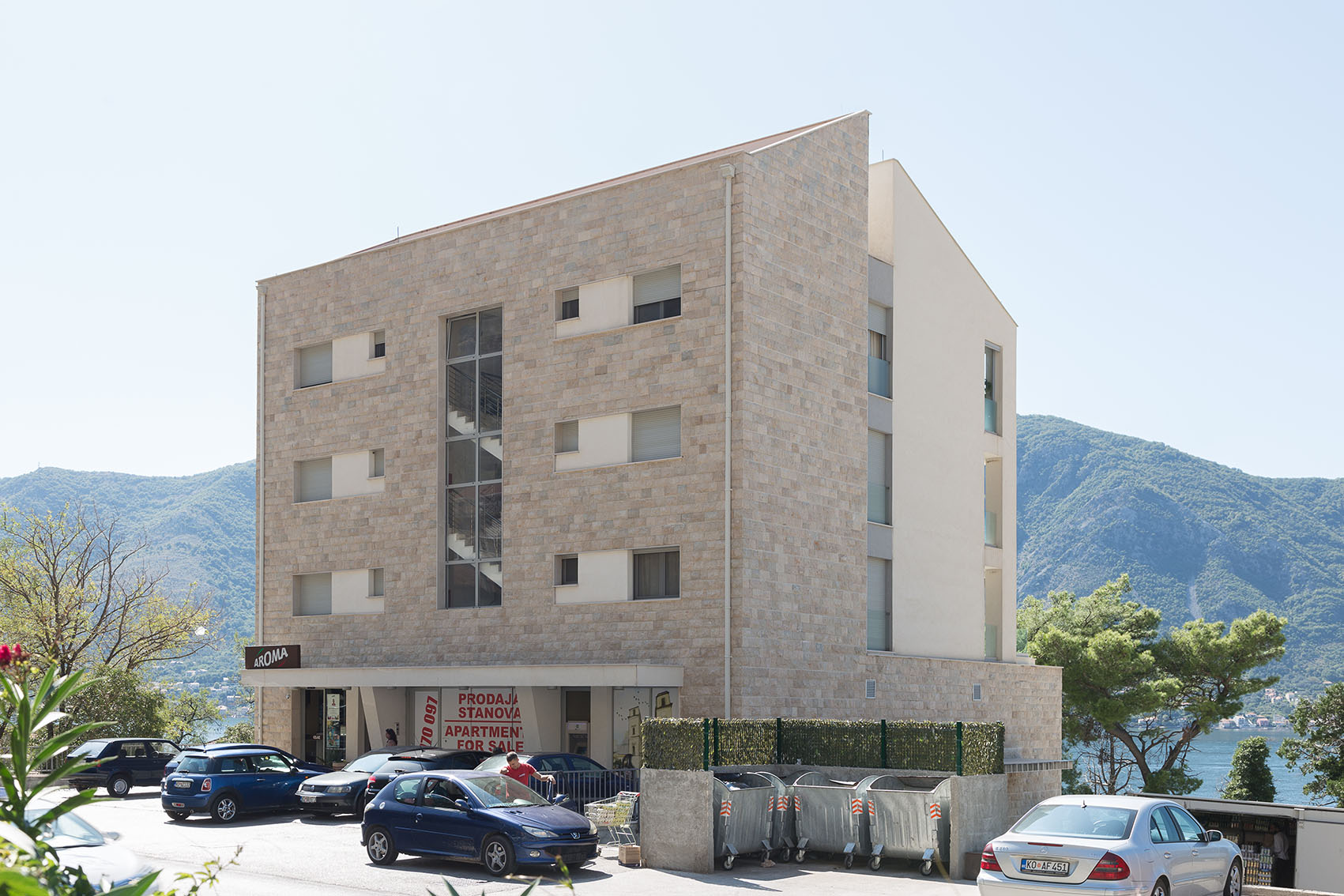