Reconstruction of the fortress "Španjola"

FIRST PRIZE at the International competition: Architectural- urbanistic solution for the cultural heritage site in Herceg Novi. The aim was to create contemporary solutions for the repurposing of the Fortress Spanjola in Herceg Novi, Montenegro.

“It doesn't matter how slowly you go, as long as you do not stop” - Andy Warhol

When we analyse chronologically the genesis of the Upper Town, or the Spanjola Fortress, we can conclude that starting from 1382 there has been a continuous development of the fortification’s form and its direct surroundings until 1890, when the complex attained its final form. The cyclical periods of development and constant changes happened roughly every 100 years. The fate of this fortification has always lied between constant and change, between the periods of continuity and stagnation. This means that its transformations occurred in accordance with the needs of the given period of time in which the interventions took place. Today, when Spanjola, as a cultural property, awaits its continuity and new life, the process of its revitalisation is perceived as the continuation of its chronological history, by implementing interventions and programmes of the modern society of the 21st century.

Client
UNDP with cooperation with the Ministry of Culture 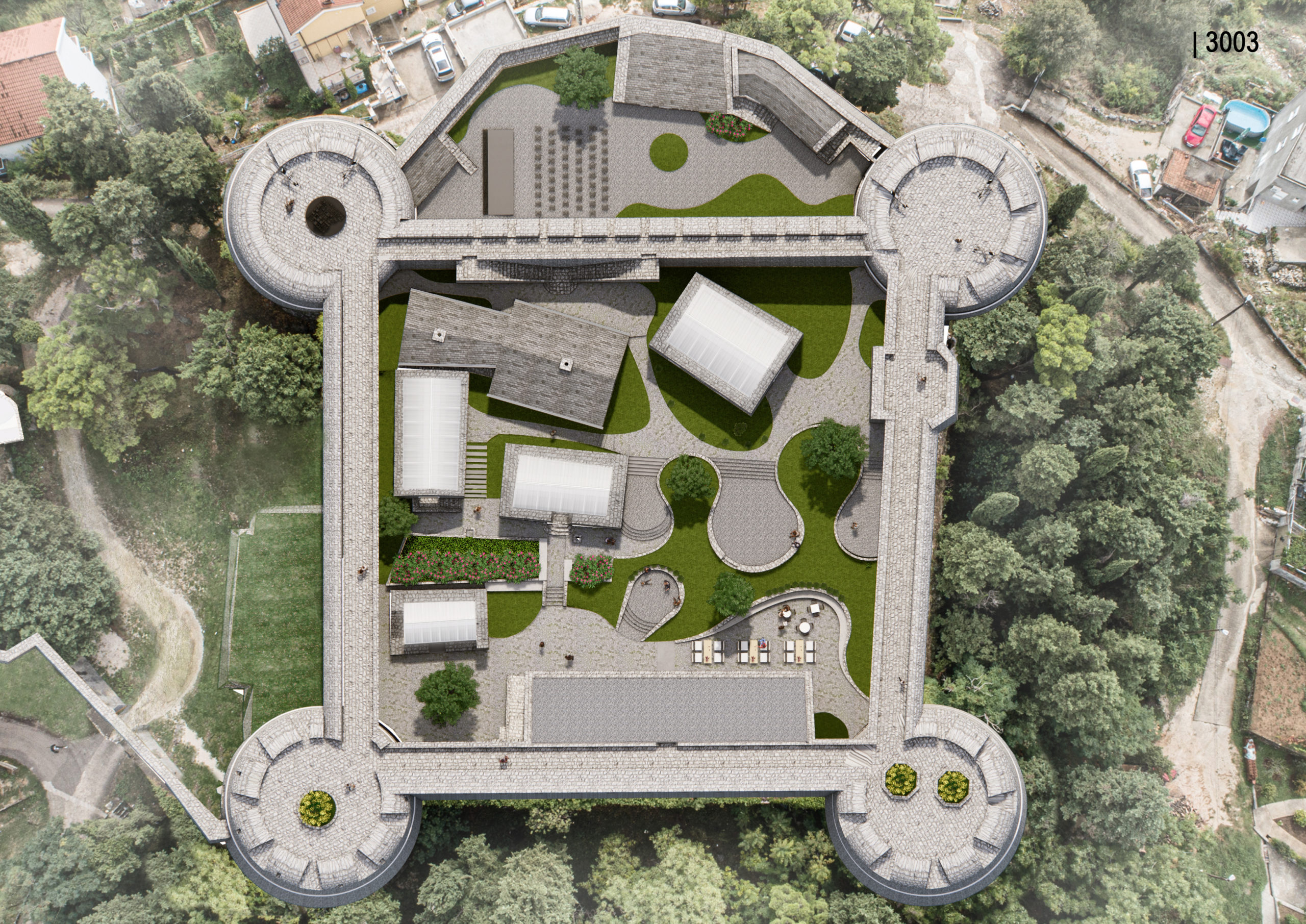 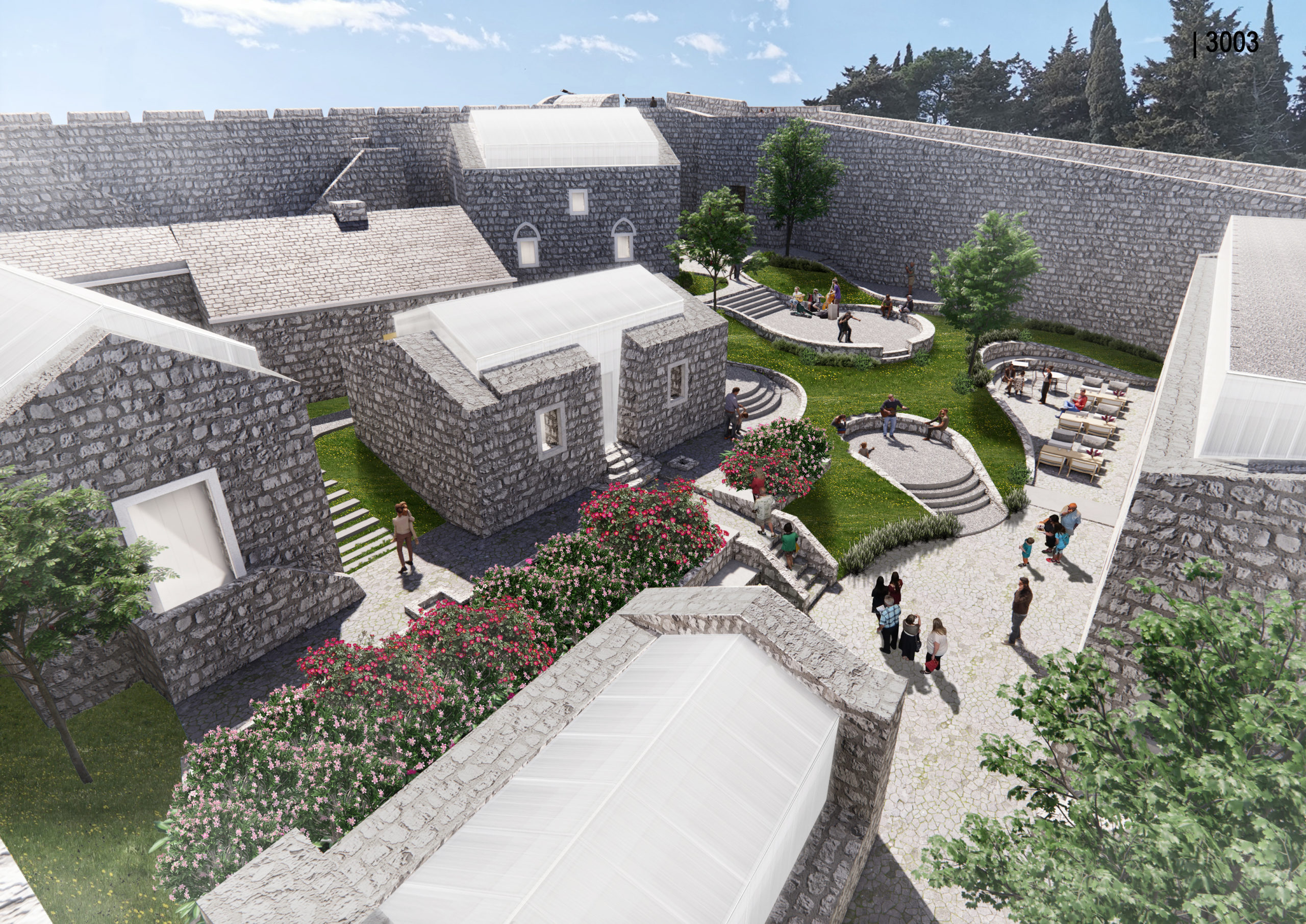 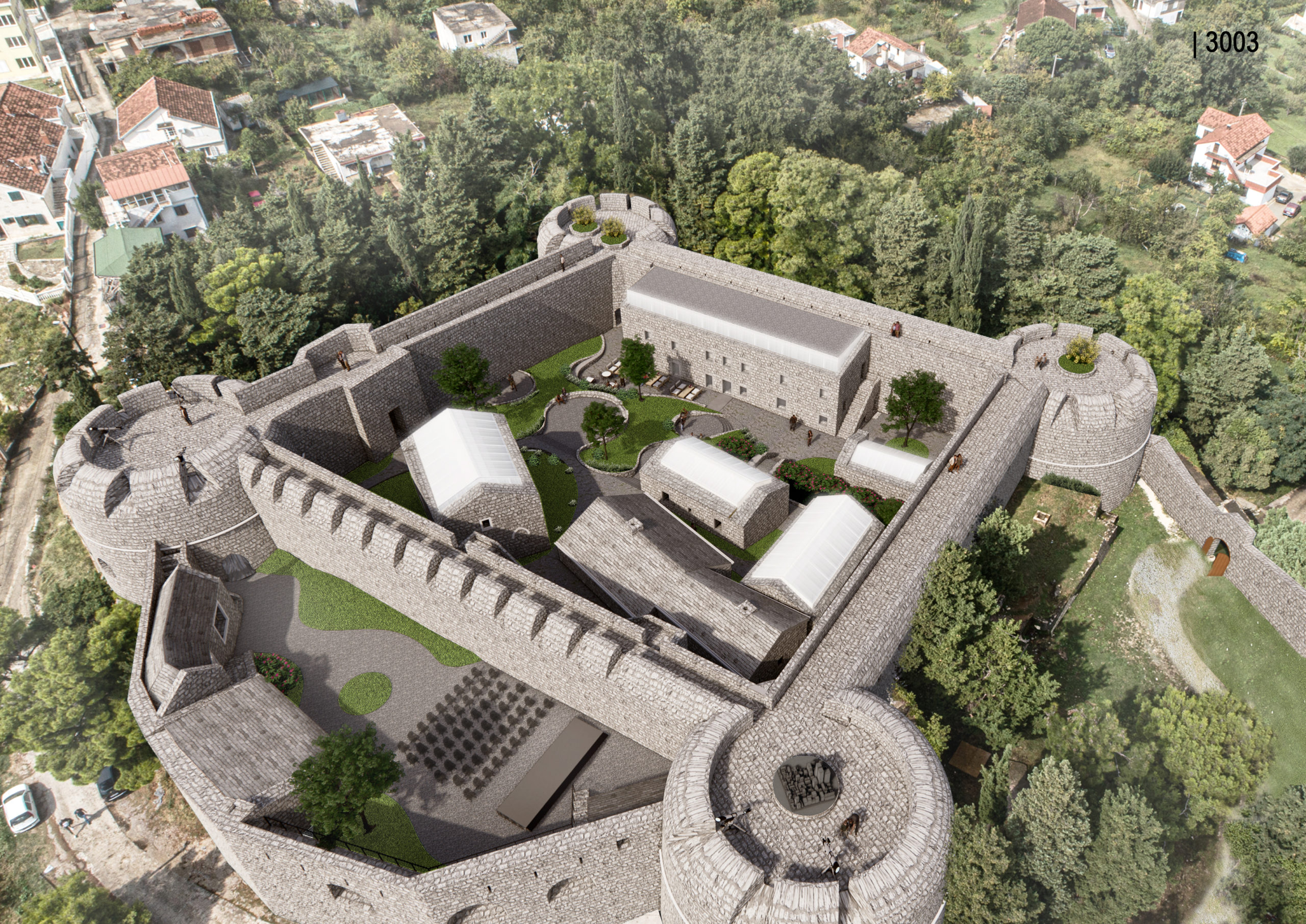 The proposed solution may be characterised as a contemporary architectural intervention of reversible character, without the use of concrete. The concept is based on the overlapping and constant interaction between the future and the past, their final meeting point, wherein two layers of time have been clearly defined and are noticeable, aiming to clearly deliver the message of their respective periods.
Such an approach is only possible with a careful use of modern materials (reversible in nature), traditional construction techniques, and technological solutions adapted to the given purpose of the Creative Centre “17+1”.

The basic material in this concept is the translucent polycarbonate. It was used to revitalise this complex in the reconstruction of the exterior, roof and walls of houses inside the fortification. This material defines the contours of the missing parts of structures of this mini urban agglomeration. By using polycarbonate to add the missing parts to the structures, helping them regain their previous shapes, we are witnessing an important moment that symbolises new life. During the day, the white structures connect buildings inside the fort into a single, unbreakable whole. The material which is partly transparent, of great thermal and fireproof performances, provides artists with diffused light during the day and a constant interaction between the interior and the exterior. Users have access to infinity in a limited space, they are granted Freedom!

During the night, with the integrated LED system, or with the help of standard lighting bodies, the polycarbonate shines in different colours, which allows for a spectacular artistic picture of the very complex, and when different cultural manifestations are held, the shining of the structures would contribute to the creation of a surreal scene inside the fortification.

The material used on the floors, where there are no traces of authentic materials, is micro topping, which makes maintenance easier to the users, and provides duration and an aesthetic value appropriate to the given character and task. 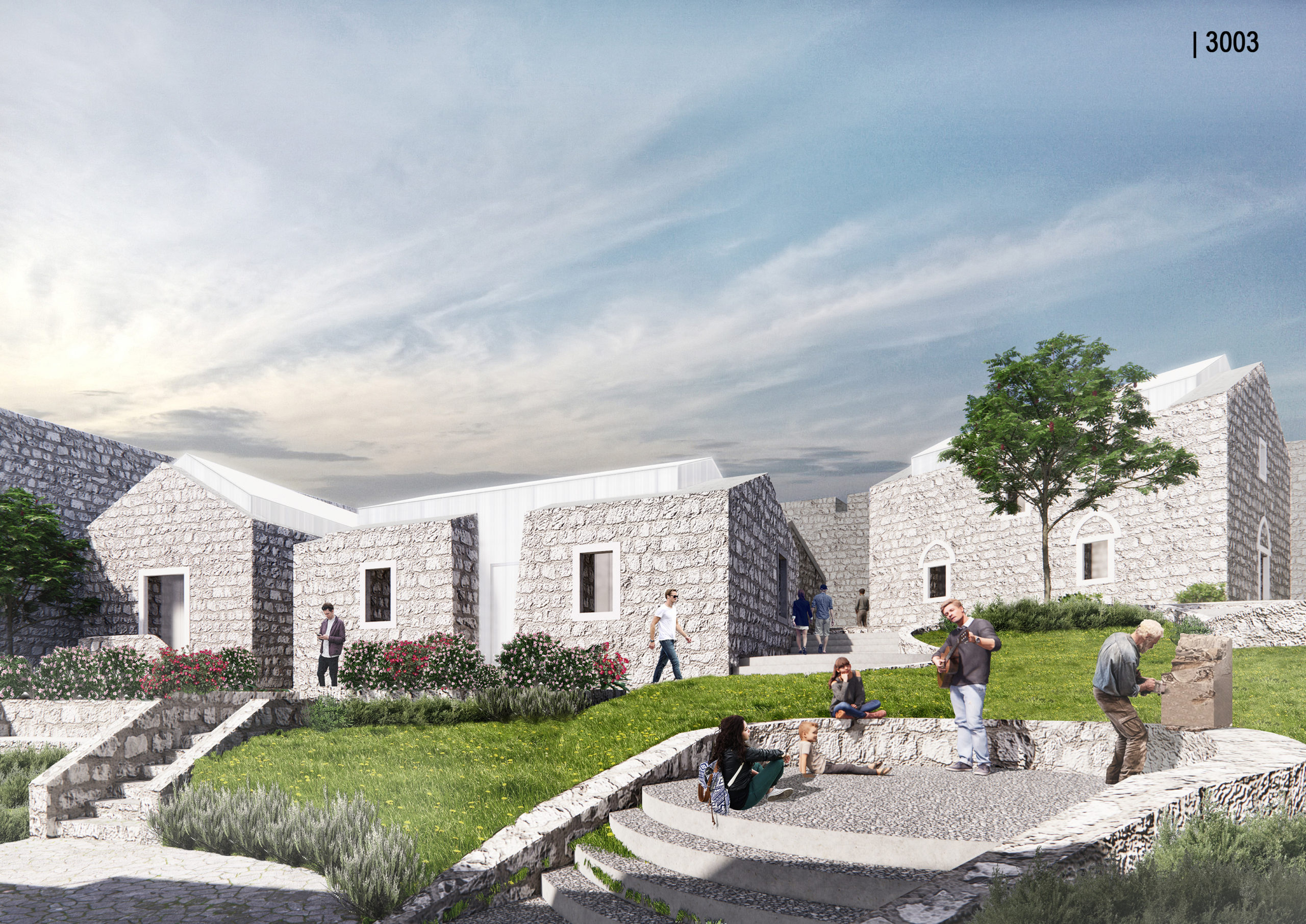 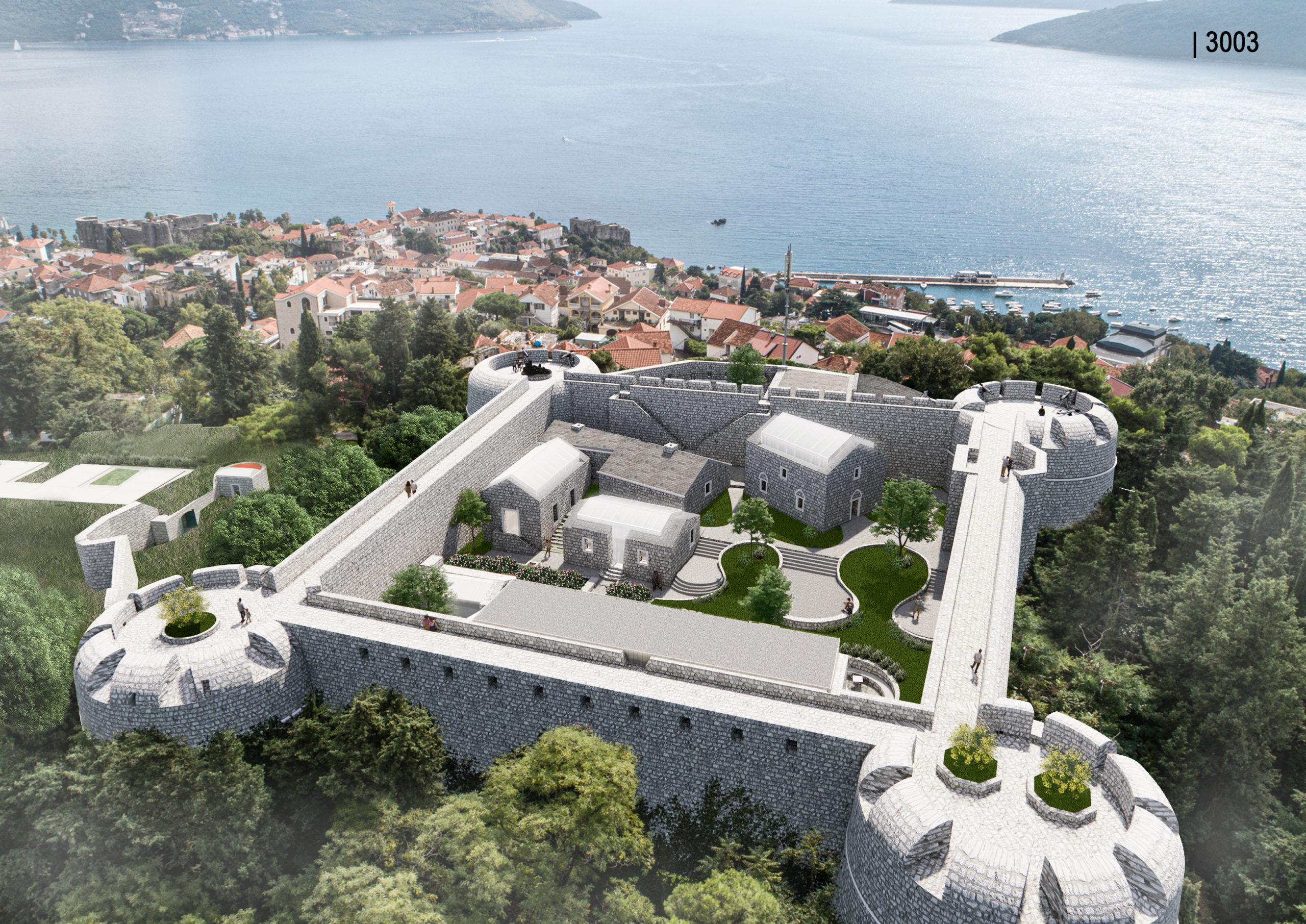 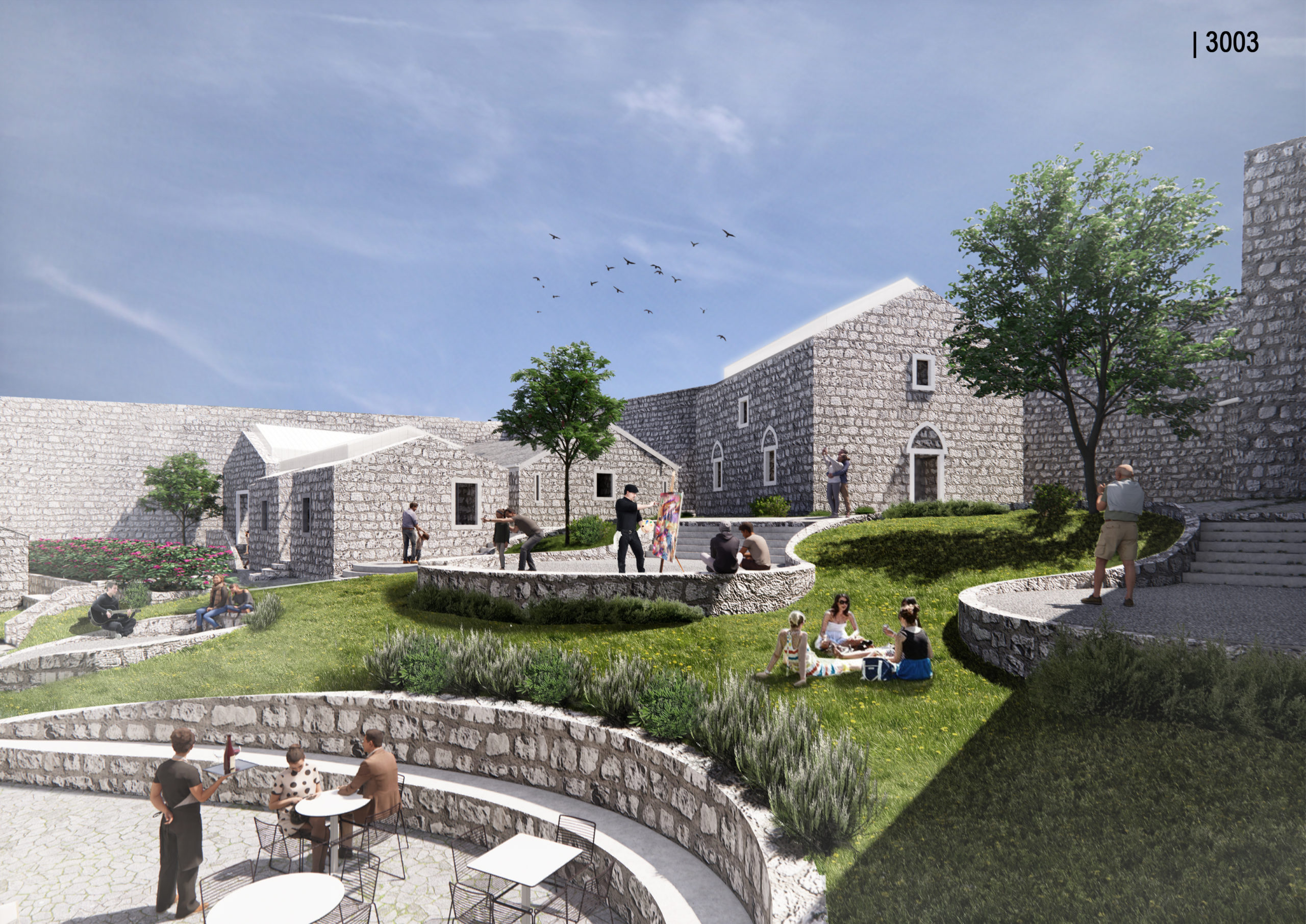 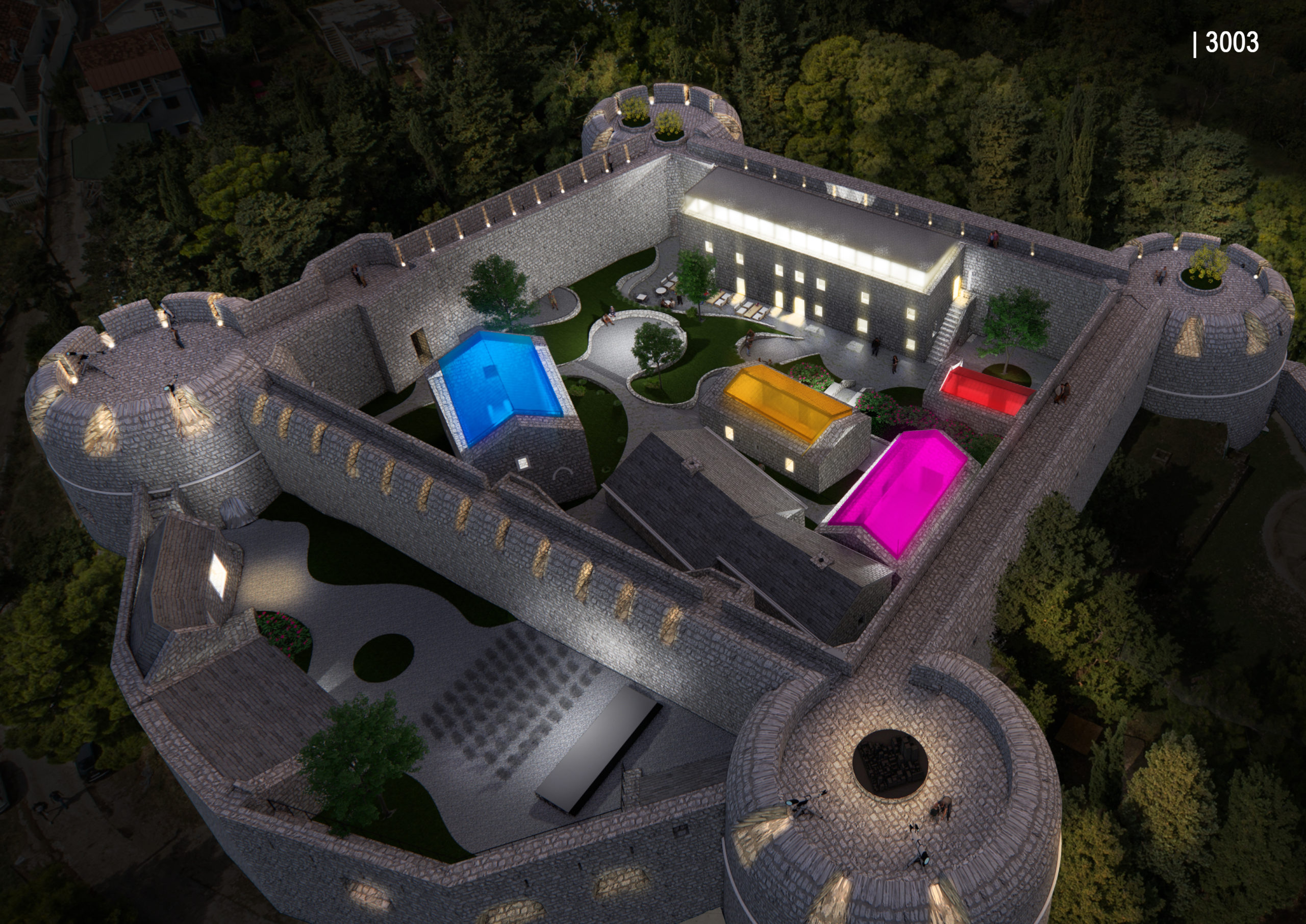 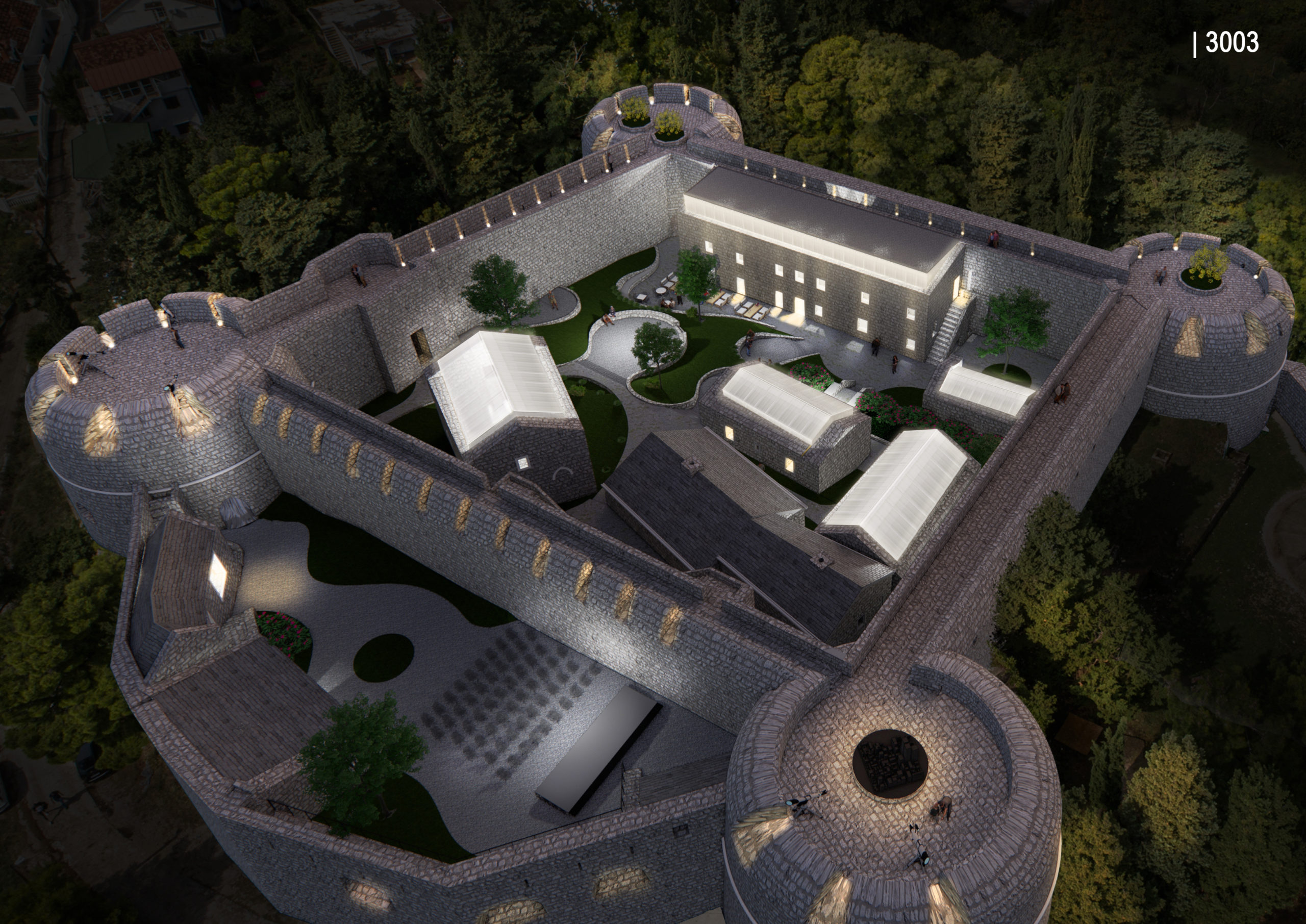 The artistic approach to the design of communication and free spaces inside the complex, hinting at the modern interpretation of a traditional threshing floor, creates isolated areas for artists’ work in the exterior. This approach creates a perfect space for the work of each artist, by providing them with their own defined area inside the building from the 14th century. Interventions in the remaining parts and elements of the Spanjola Fortress have been implemented with the use of traditional materials and construction techniques.
Within Phase I, which relates to the square-shaped fortification with towers and interior town, the heart of this design, it is possible to separate the southern, subsequently constructed part of the fortress, into another Phase or Sub-Phase.
The concept proposes a design that brings together all of the requested art categories into a single Creative Centre.

The structure next to the fortress which was the last to be constructed, the Austro-Hungarian bunker, has been defined as an independent creative hub which will serve the purpose of the complex, i.e. Phase II of this Creative Centre.
The ambience of the Spanjola Fortress is an inspiring and extraordinary space for creative industries within the mechanism "17+1" Creative Hub and artists to work and create inside a complex. Revitalized with thoughtful and simple contemporary interventions, this mini urban agglomeration didn't lose any part of identity it has as a cultural heritage building, otherwise it has breathed a life of 21st century. As it is already stated, the fate of this fortification lies between continuity and change, as also between continuity and a period of stagnation. With this solution of its valorization, it is not allowed that the history and turbulent past of this remarkable fortress, steal our right for the future.

This is its new begining!

“Tomorrow belongs to those who can hear it coming” -David Bowie 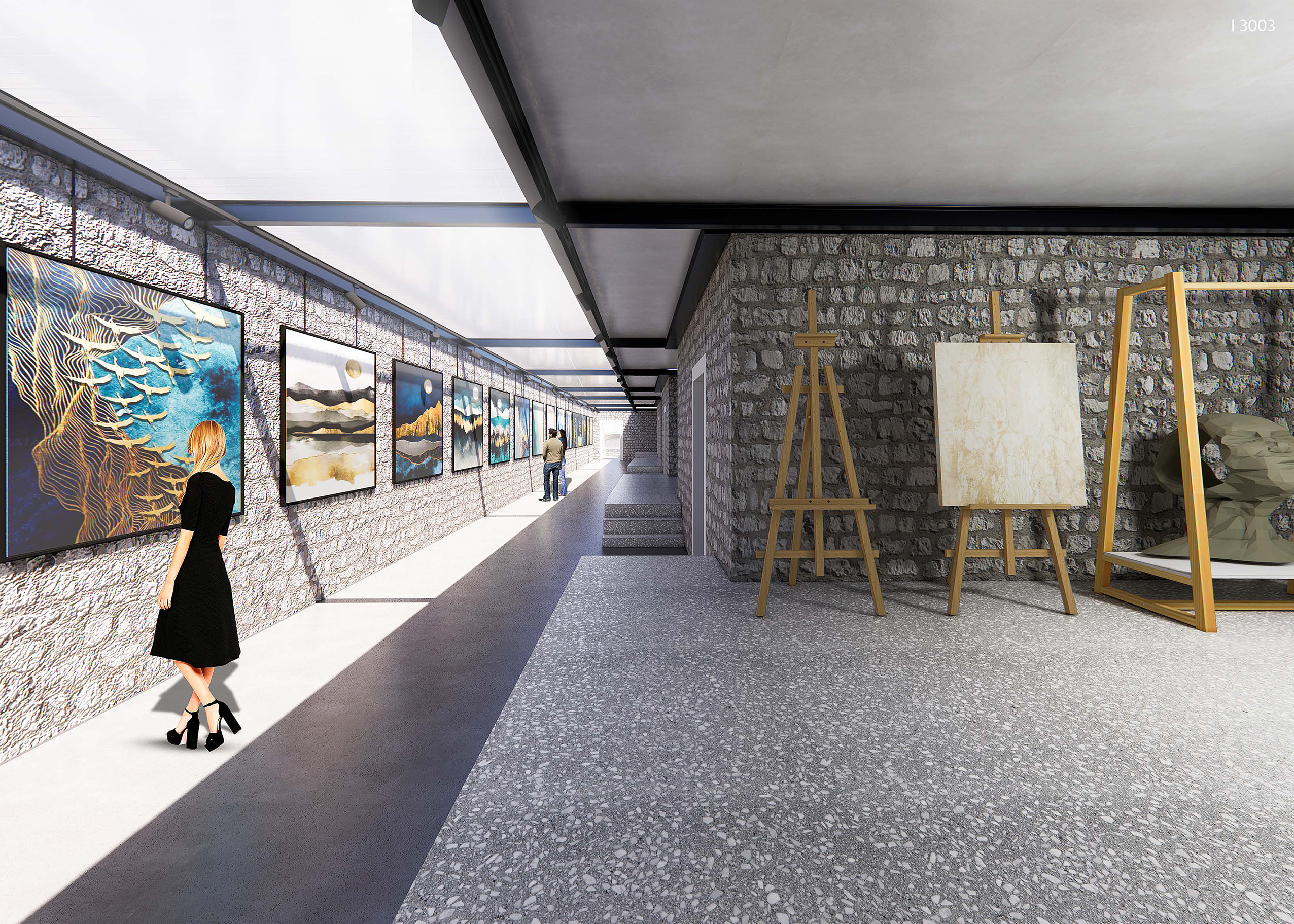 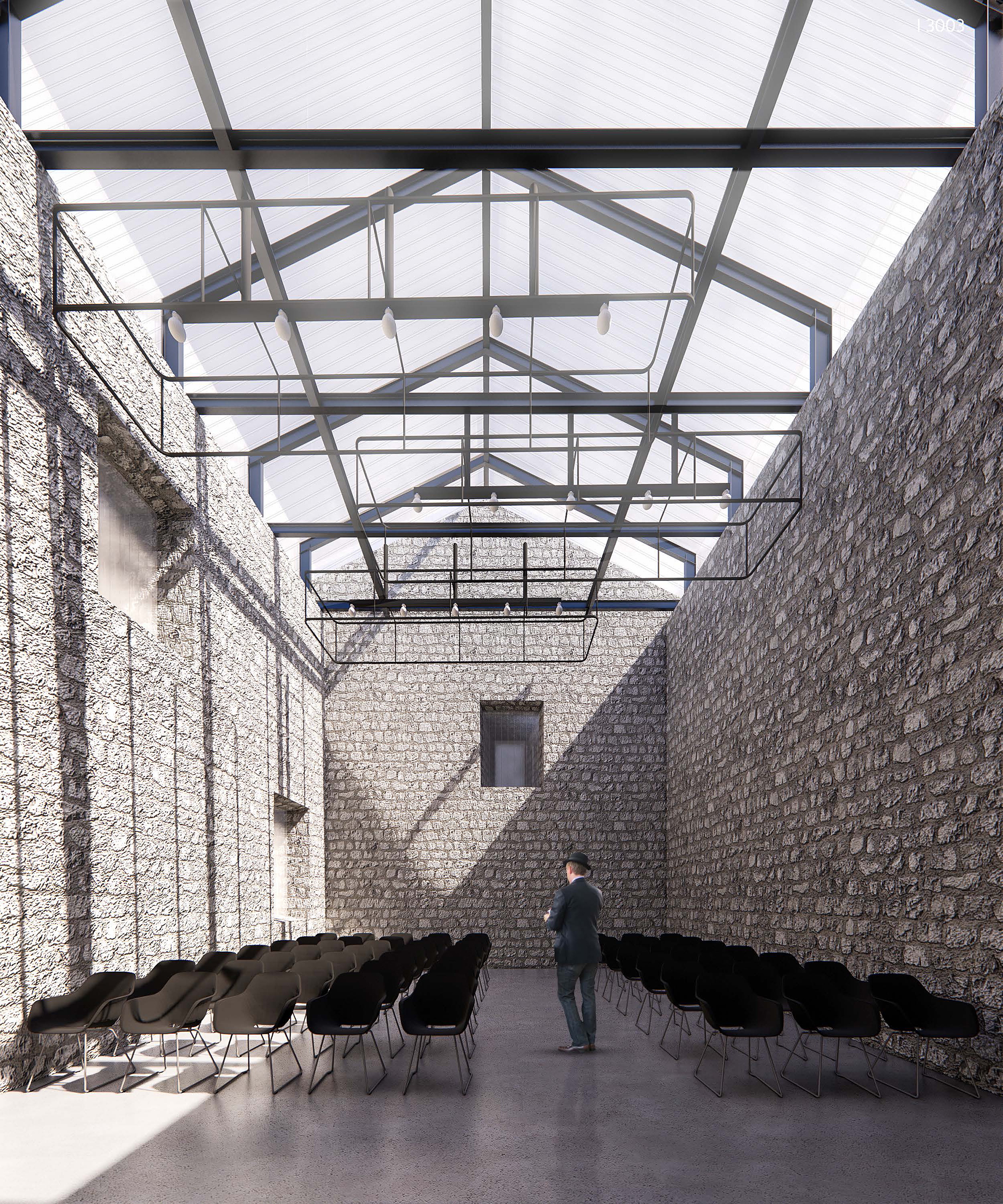 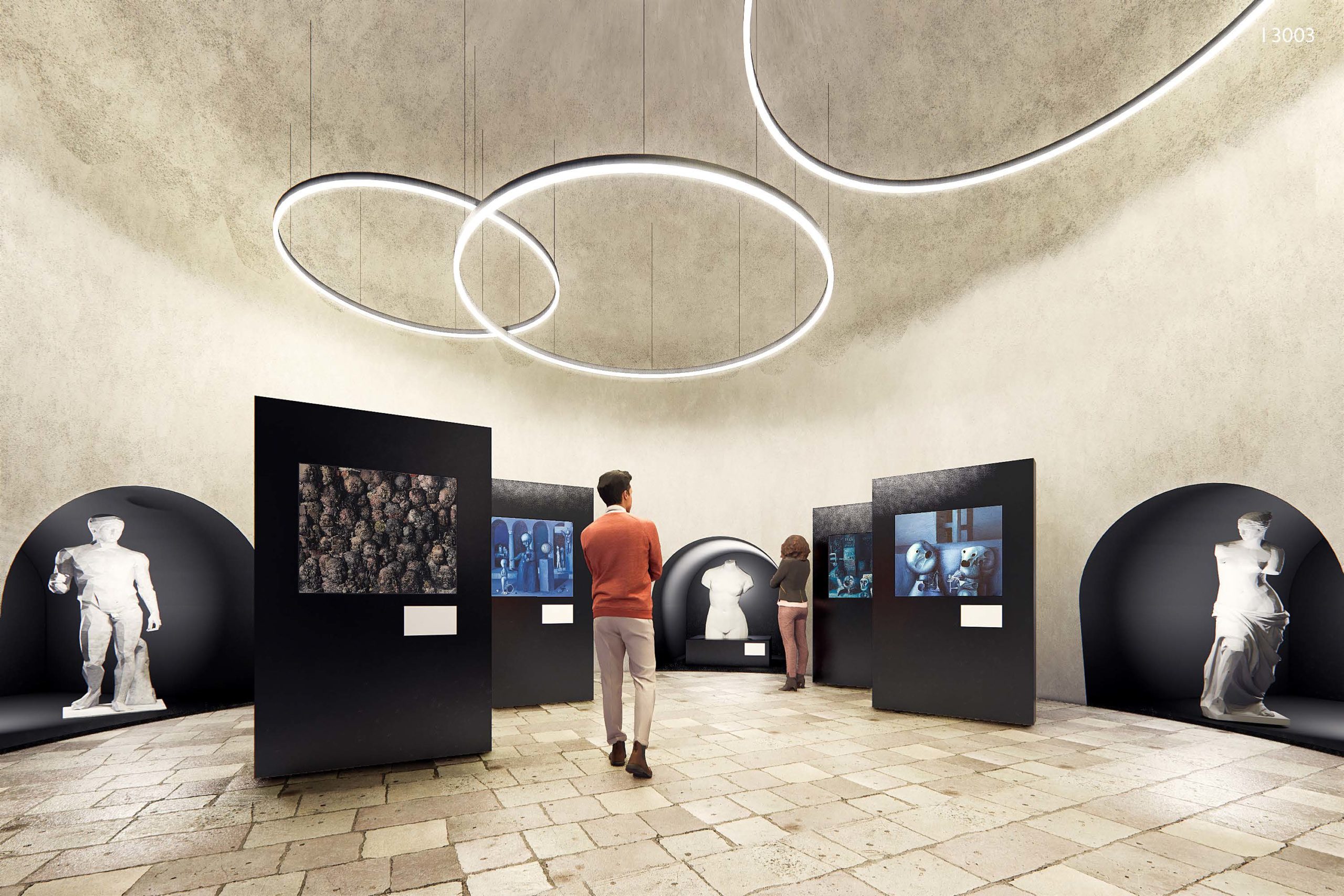 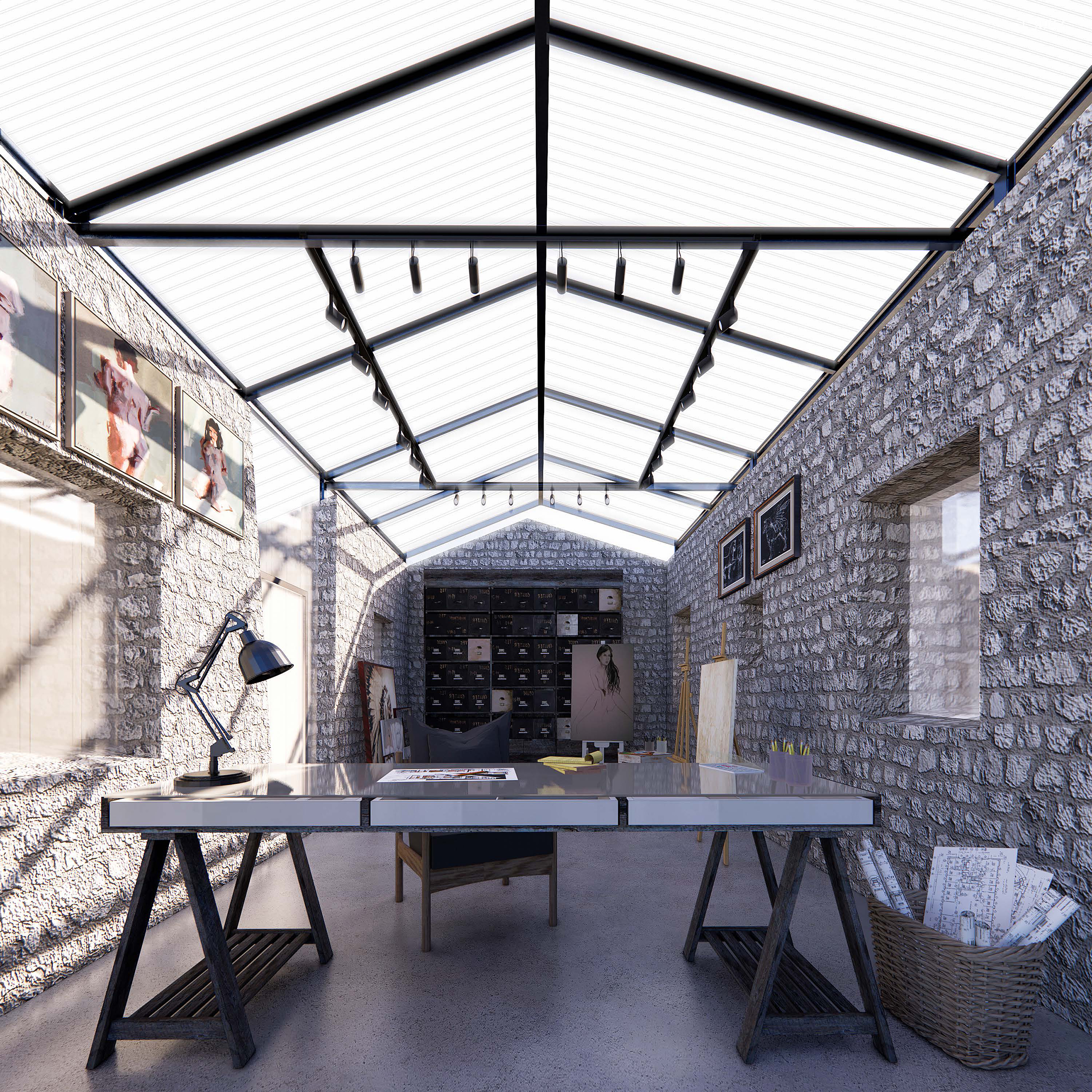 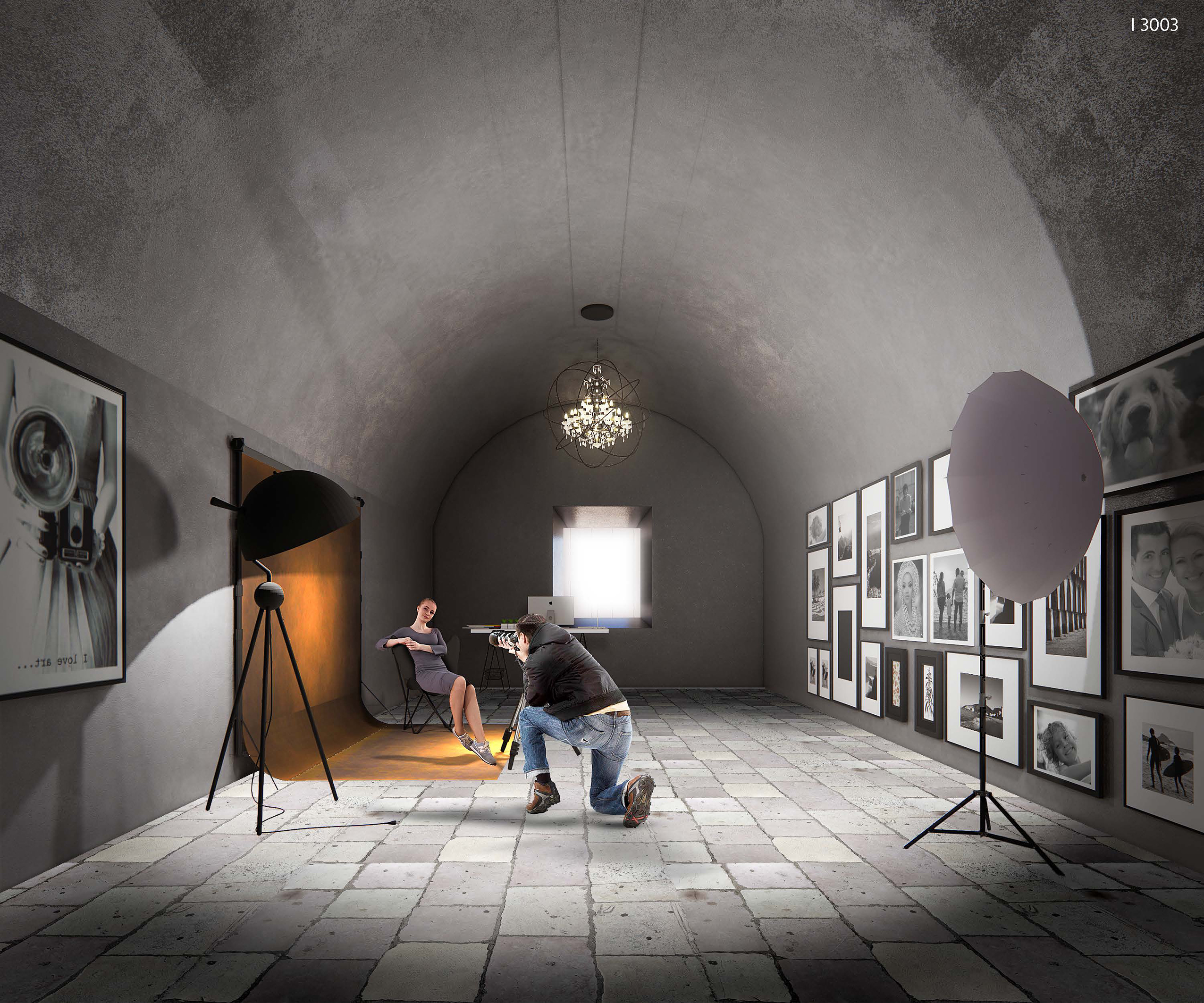 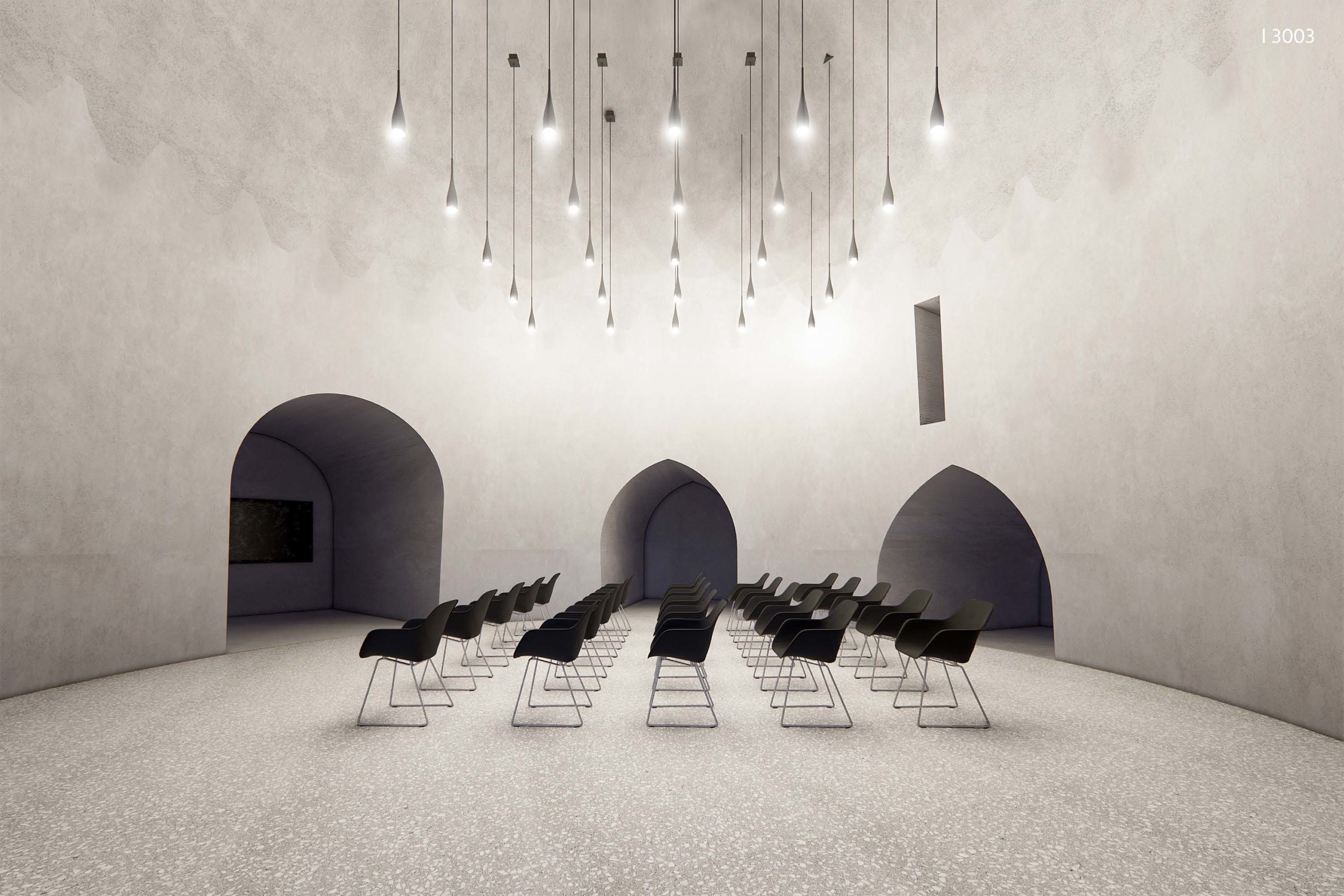