The restaurant “Nest” is located in the village of Žanjev Do, on the road to the village of Njeguši, on the slopes of Mt. Lovćen. Its location at the top of an old Austro-Hungarian road offers magnificent vistas of the Bay of Tivat and the Bay of Kotor, and also of the Luštica Peninsula. It is the location itself that has determined the concept of this structures, which is based on the complete subordination of architecture to the context and its panorama. 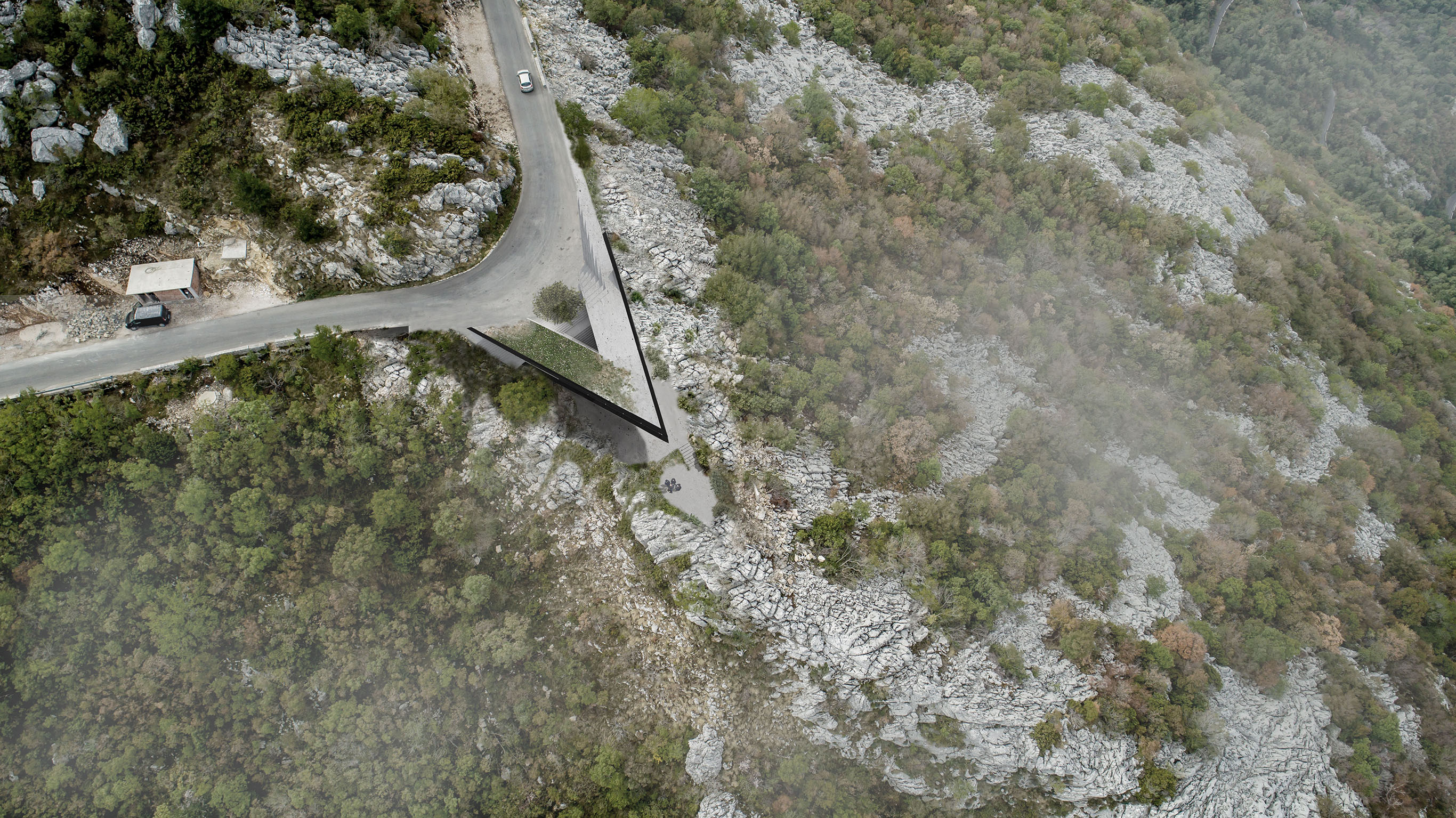 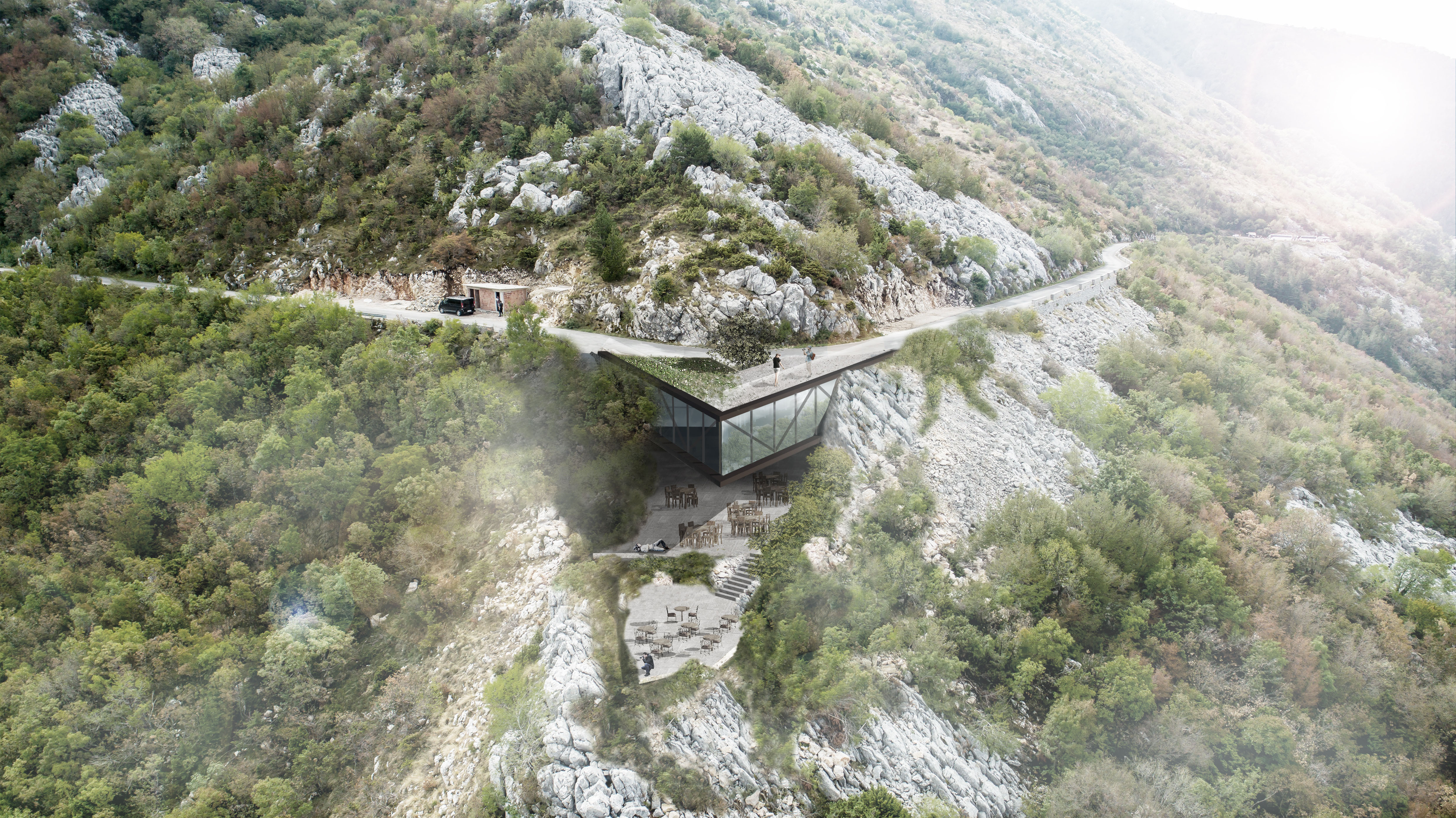 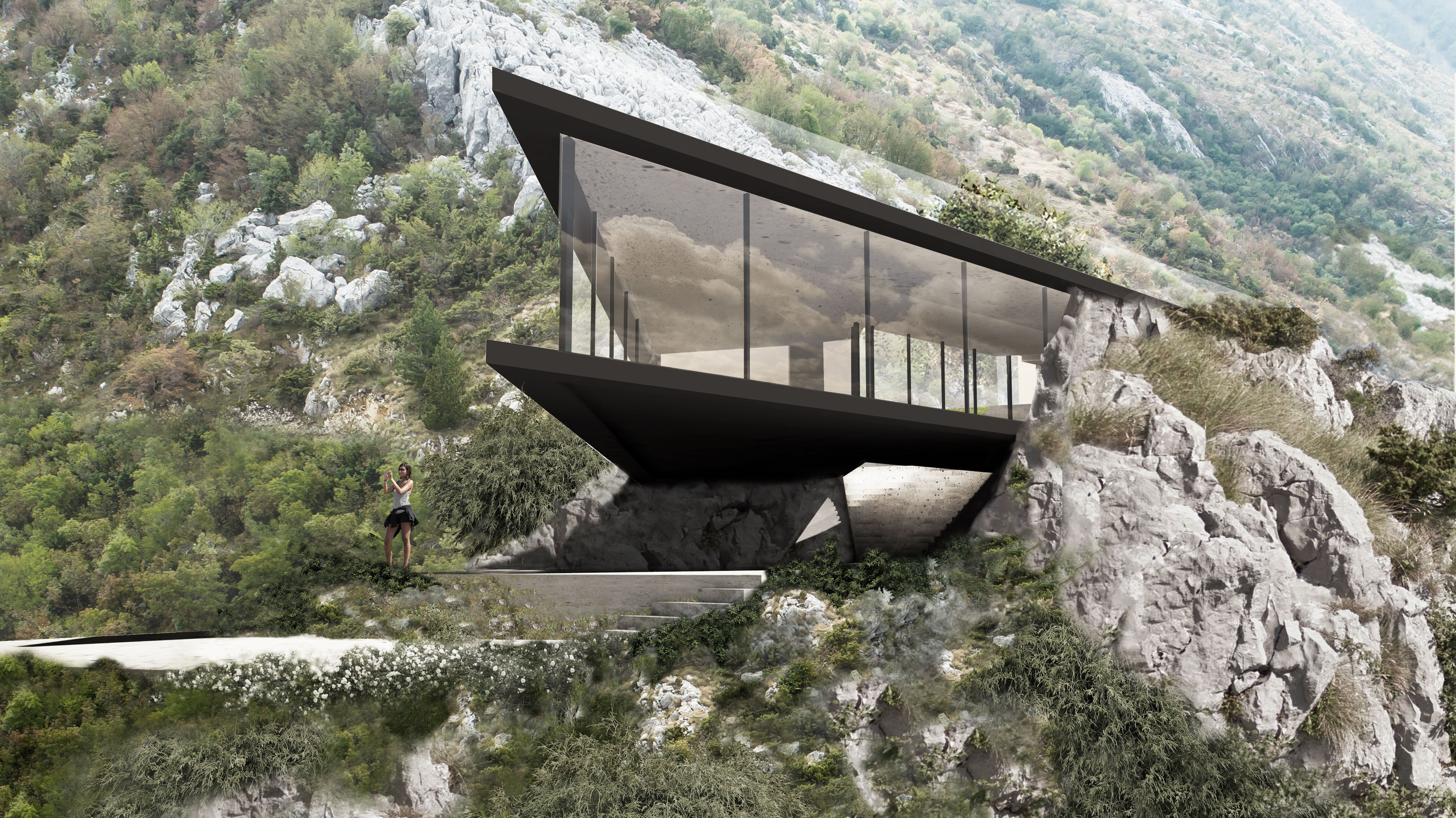 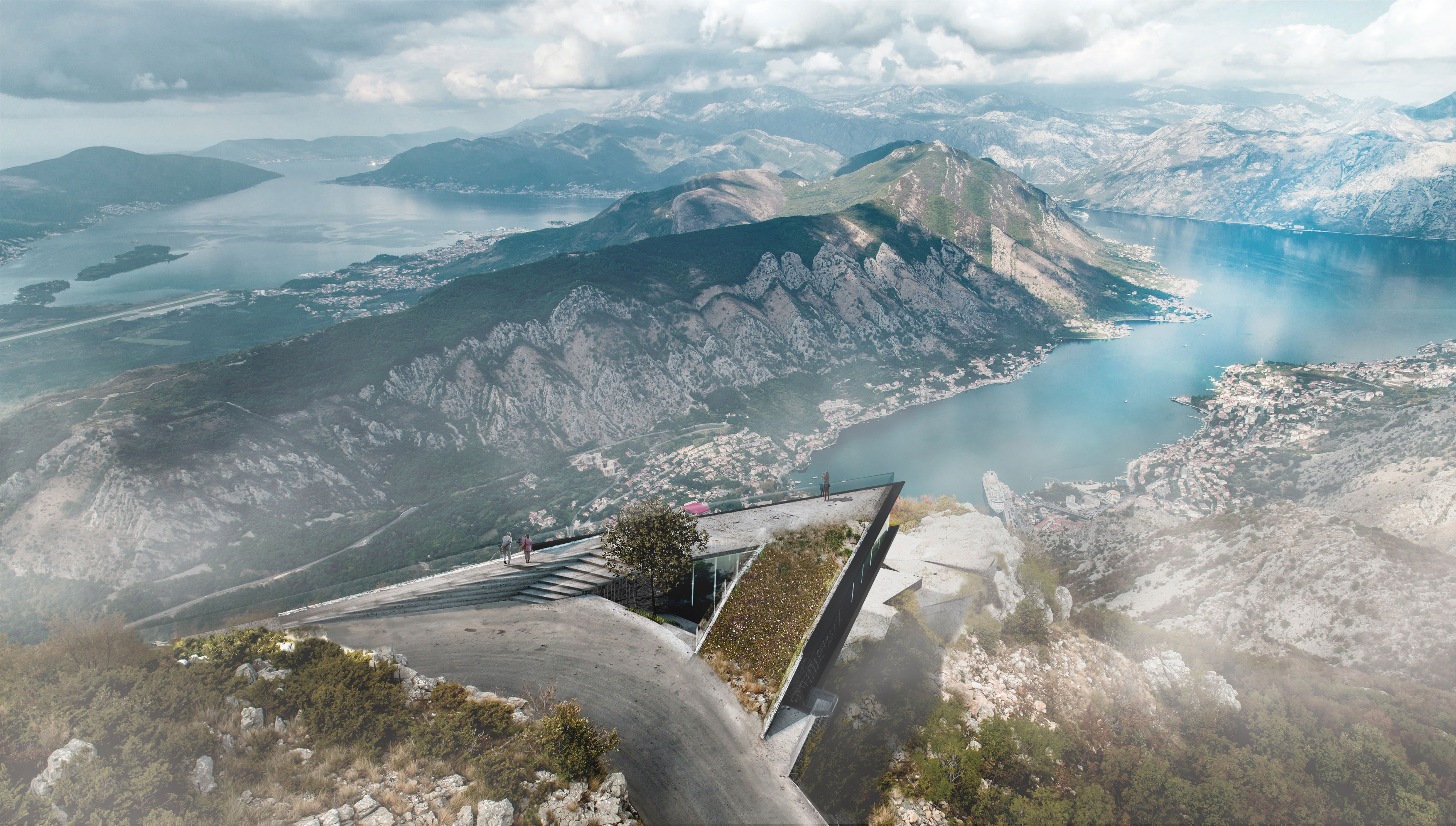 The shape of the structure resulted as a response to the location itself, in such a way that it clearly defines the position in which it is located, forming a vertex, a logical endpoint of a natural angle. It is designed as a V-shaped steel cantilever grid that emerges from the cliff, into which it is deeply anchored, freeing up the space of the lower plateaus to form terraces of commercial areas. The building is slightly raised from the street level, so that its structure does not obstruct the panoramic vistas and drivers’ views. Consequently, the roof plane is defined as a platform for panoramic views of the bay. The entrance area to the building and to the lower terraces is located between two wings and gravitates toward a passage leading into a transparent restaurant area, where the boundaries between the interior and the exterior are blurred. Descending further through the same communication element, we emerge onto the outer cascading plateaus, which are partly covered by this structure, which serves to create shade on the terraces in the summer.
The name “Nest” originates from the associative character of the structure, which is a petrified and immortalised moment of the flight of a bird, a hidden eagle’s nest in the crags of the Montenegrin karst that incites the visitor to retreat into his own heart, making him feel small in the face of nature’s grandeur, inviting him to spread his arms and to feel freedom.