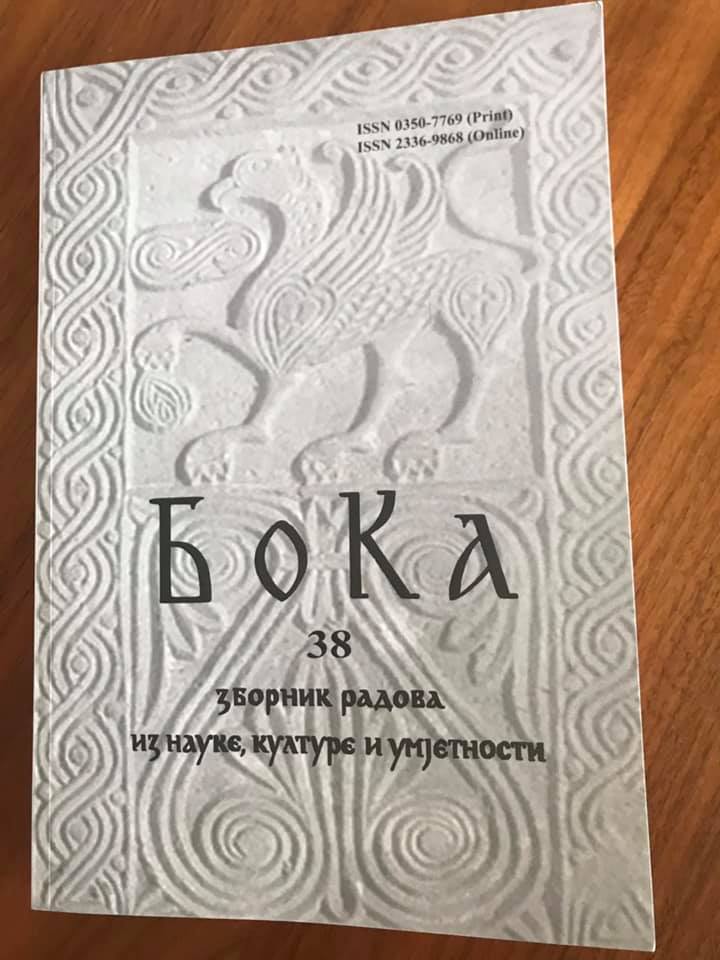 "NEW FACTS OF THE FORTRESS THE HOLY CROSS IN THE PERAST"

"NEW FACTS OF THE FORTRESS THE HOLY CROSS IN THE PERAST"

The 38th issue of BOKA magazine was presented in Herceg Novi on April 18th: A collection of works from science, culture and art that takes up a significant place in the Boka periodicals, makes more than 150 titles: magazines, newspapers, ... ' Zbornik' meets many of the demands set and is an invaluable source of data for every Boka Kotorska researcher. 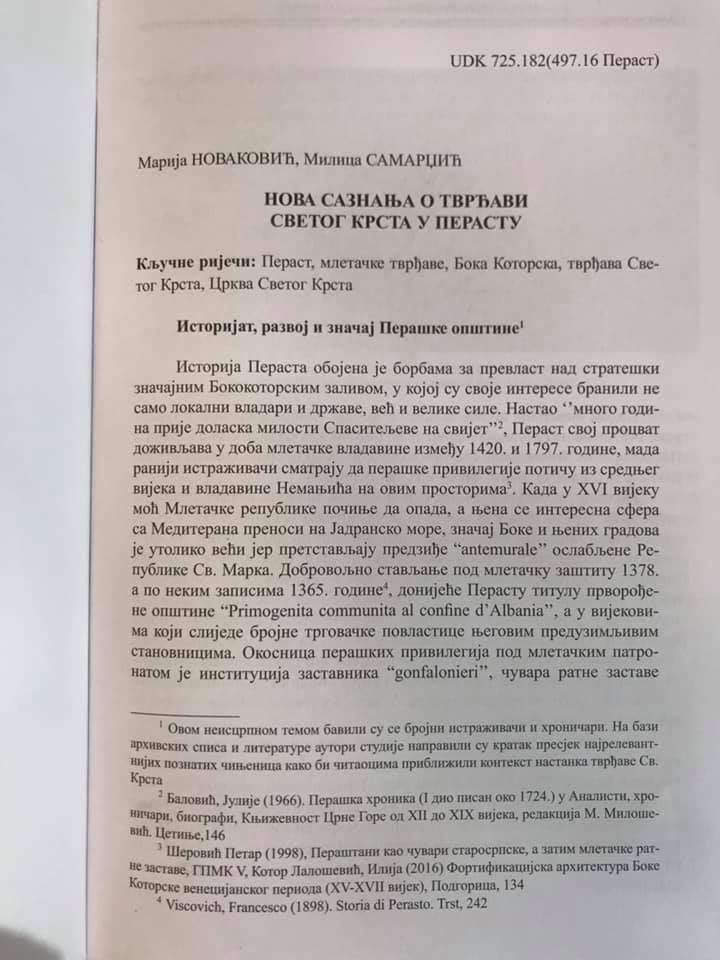 For the ENFORMA studio it is important to mention a professionally crafted topic and published the work "NEW FACTS OF THE FORTRESS THE HOLY CROSS IN THE PERAST". The inexhaustible topic, Perast, by which many researchers and chroniclers were engaged, this work, which was deserved by the architect and conservator Marija Novaković and daua Milica Samardzic, made a cross-section of the most relevant facts in order to make the readers closer to the context of the fort of Holy Cross. Fortress and make a significant supplement a rich corpus of scientific themes, which are in "Boka" editions.
Among the attendees, Prof.dr. Ilija Lalošević, spoke about the work, whom we warmly thank for his extensive presentation and showed his interest in professional and scientific work and at the same time became a support to the authors for establishing the continued of the 'Zbornik'.