The characteristic shape of the location has defined the strict form of the structure, whose working title is the Axe Building. The minimalist appearance and the atmosphere of the building create a strong impression of a monument which is sharply striving towards the sea. The structure is located within the town core of Kotor, on a rise which offers an unobstructed view of the sea and the landscape of the bay. The architecture of clear lines and accentuated acute angles has been influenced by the configuration of the lot. The simplified, modern form of the building differentiates it from the multicoloured urban environment, meaning that it is focused in on itself and gives a new touch to this dense area. 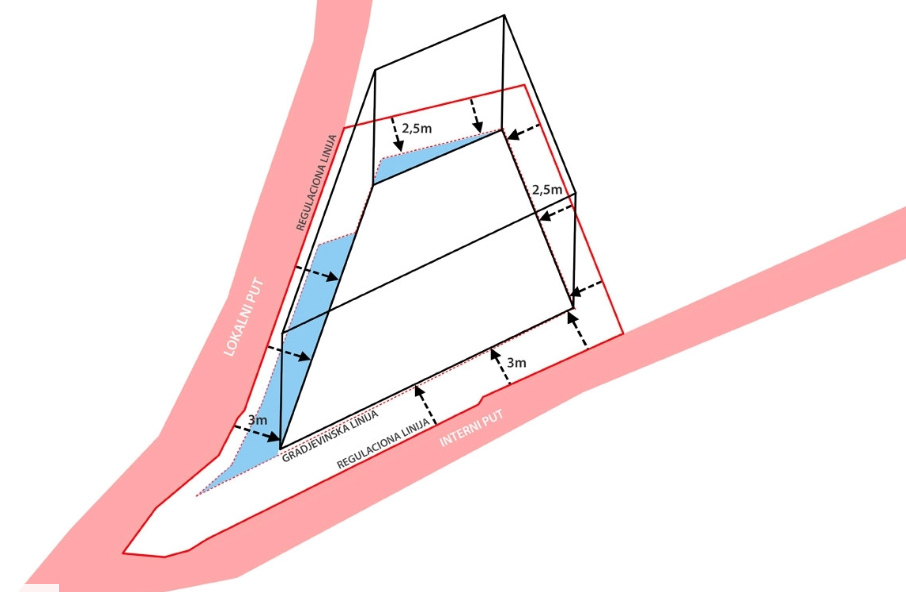 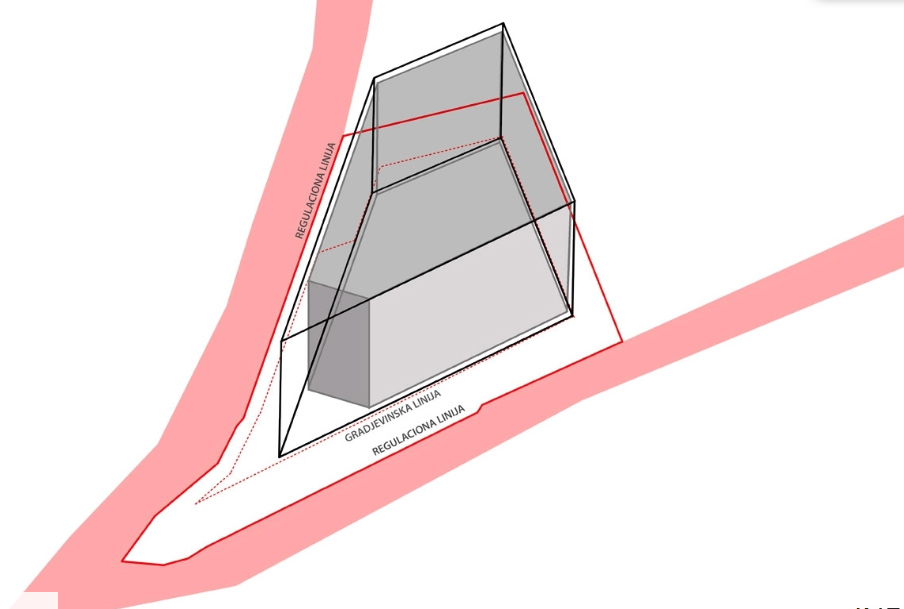 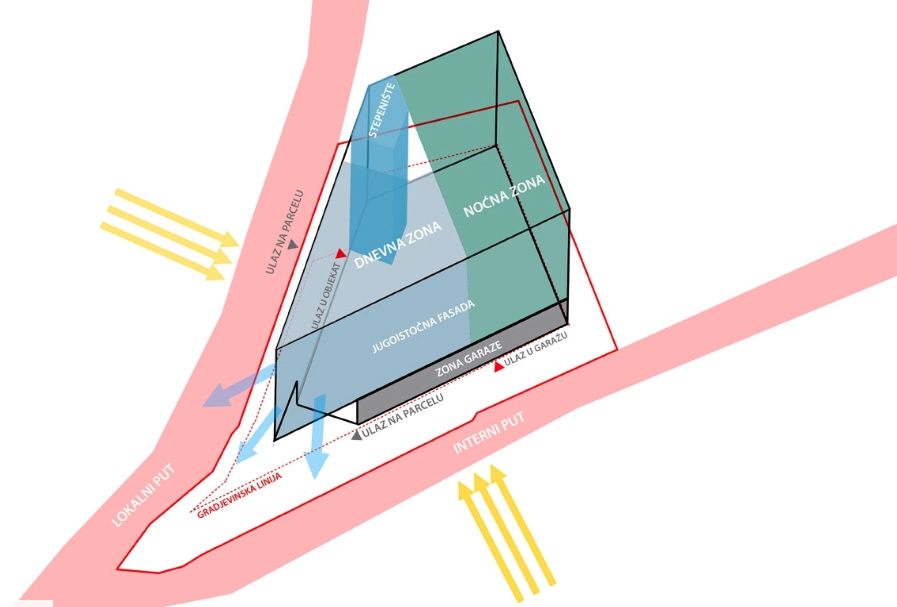 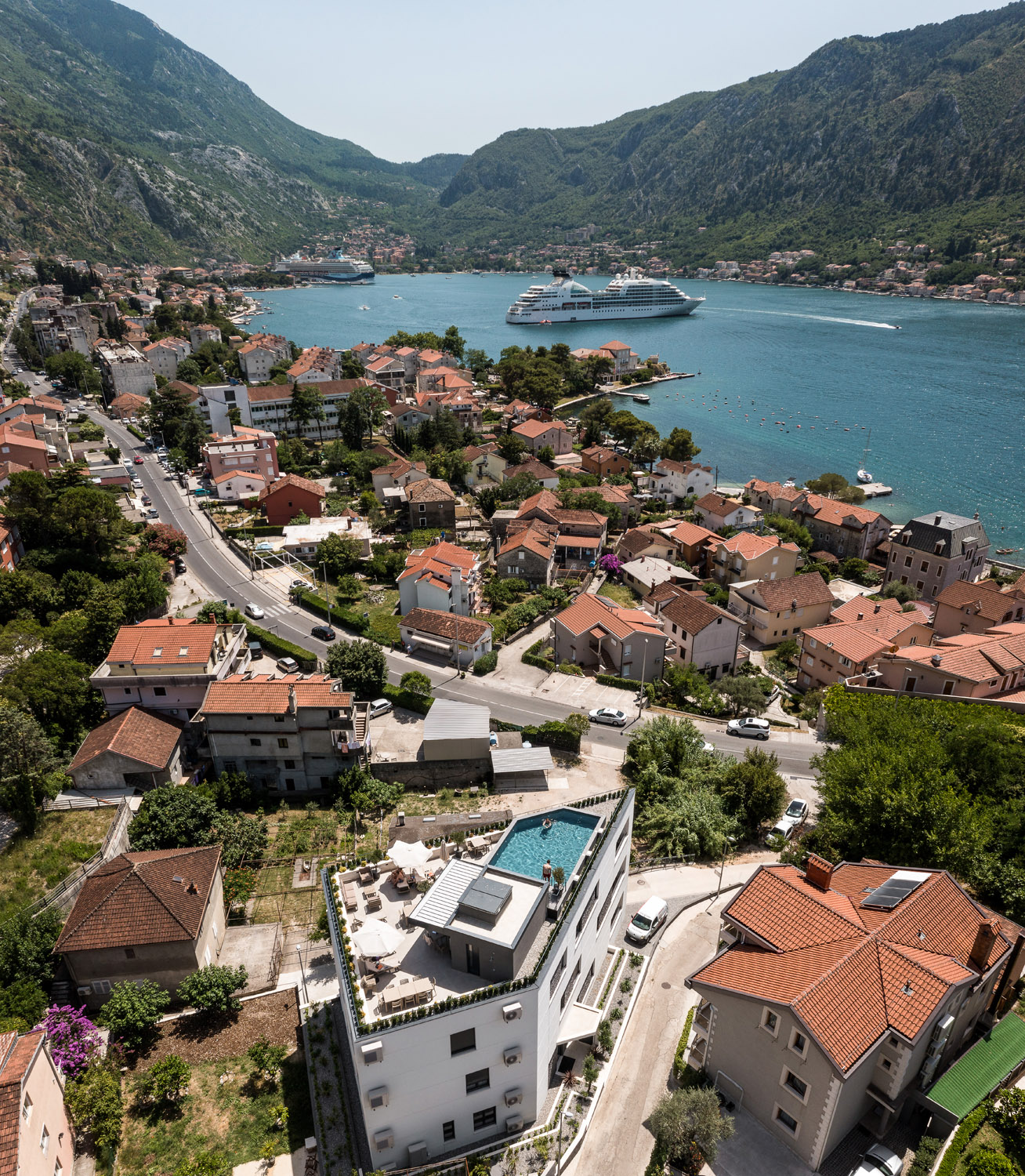 The conceptual design is based on an intertwining of the basic structure, the heart of the building, which is defined by dark stones, and the secondary white facade in the form of a membrane that is drawn over the basic element. This has created the opportunity to play around with the façade’s openings and the materials of the building.
The apartments are organised so that the daytime zones collect the optimal southern insolation and the most attractive views of the environment, while the night-time zone is located on the peaceful eastern side.
The structure is surrounded by traditional dry stonewalls, which define the ground level, conceived as an intimate semi-public green garden intended for the residents. The greenery visually and physically separates the garden from the public area of the street, creating an intimate corner within the urban fabric. 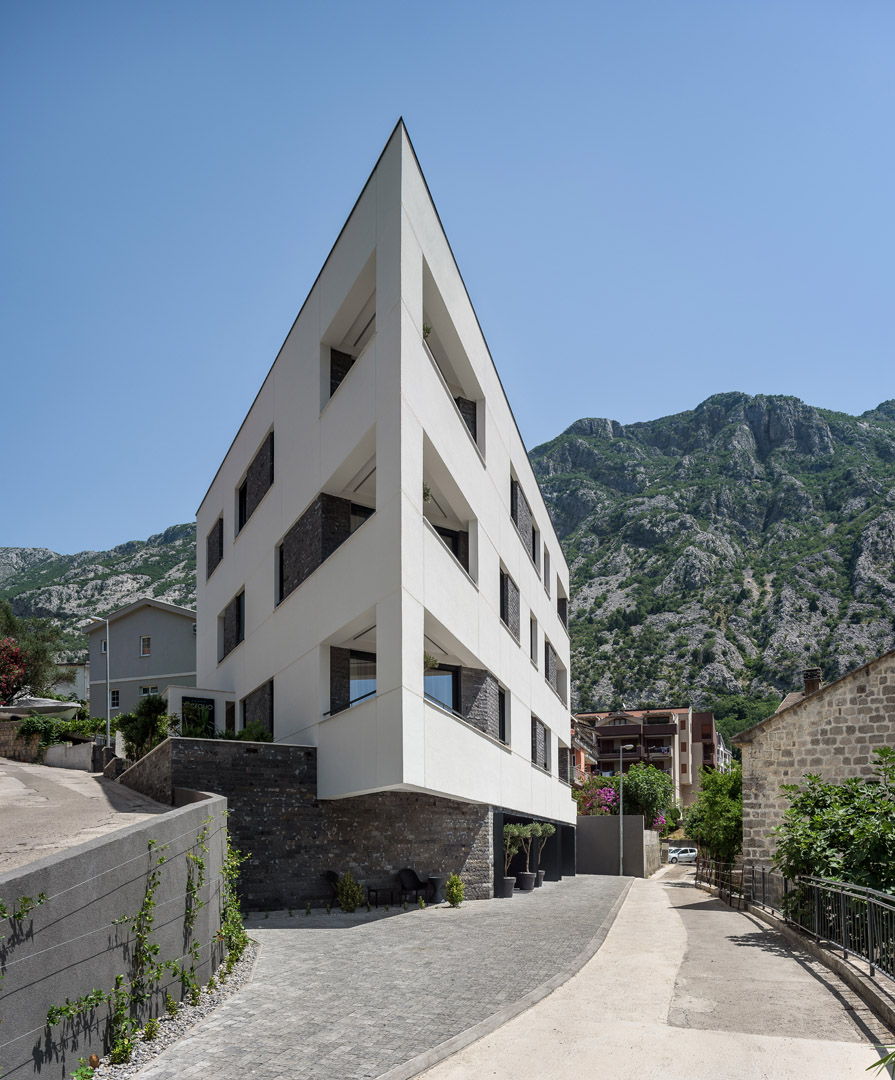 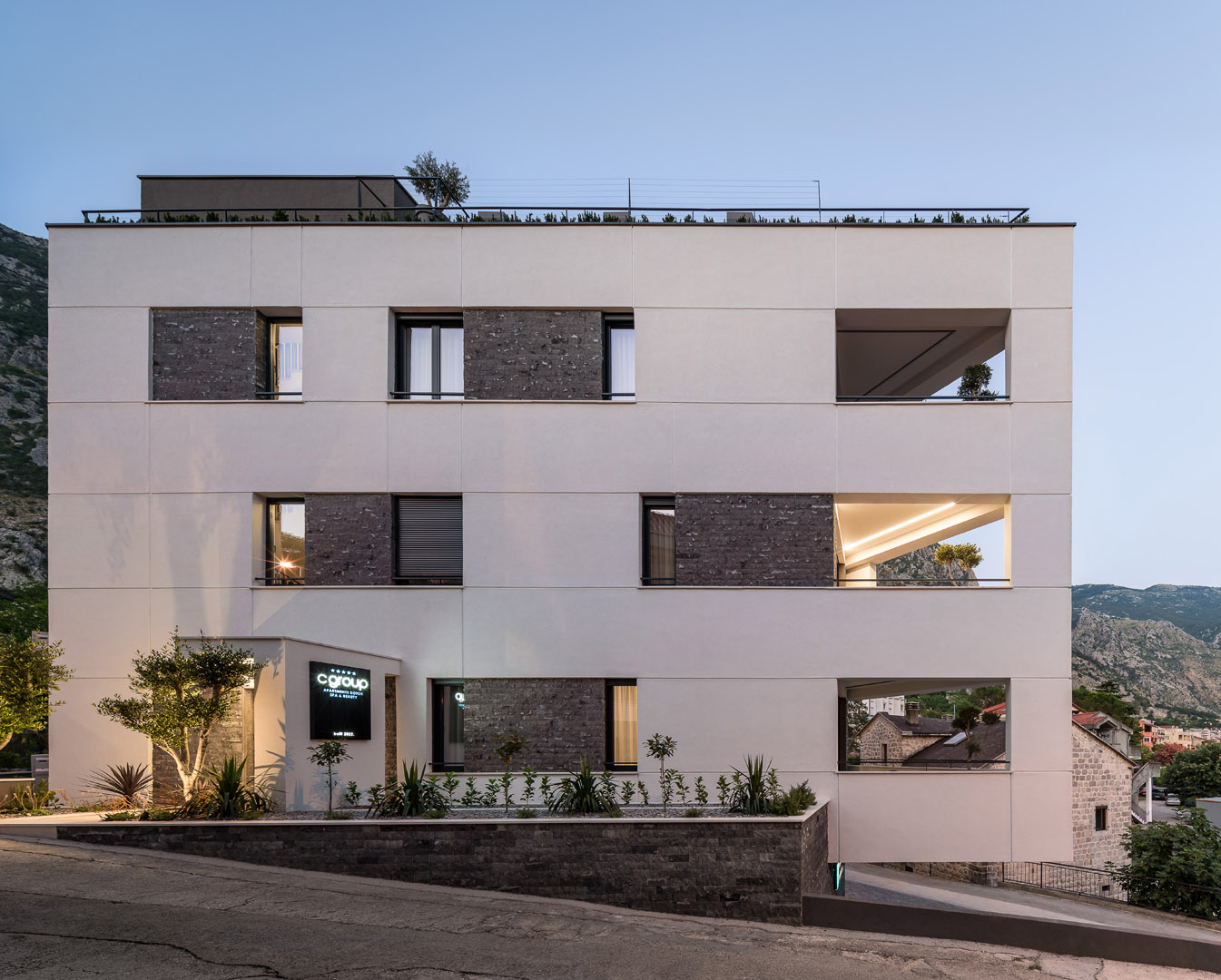 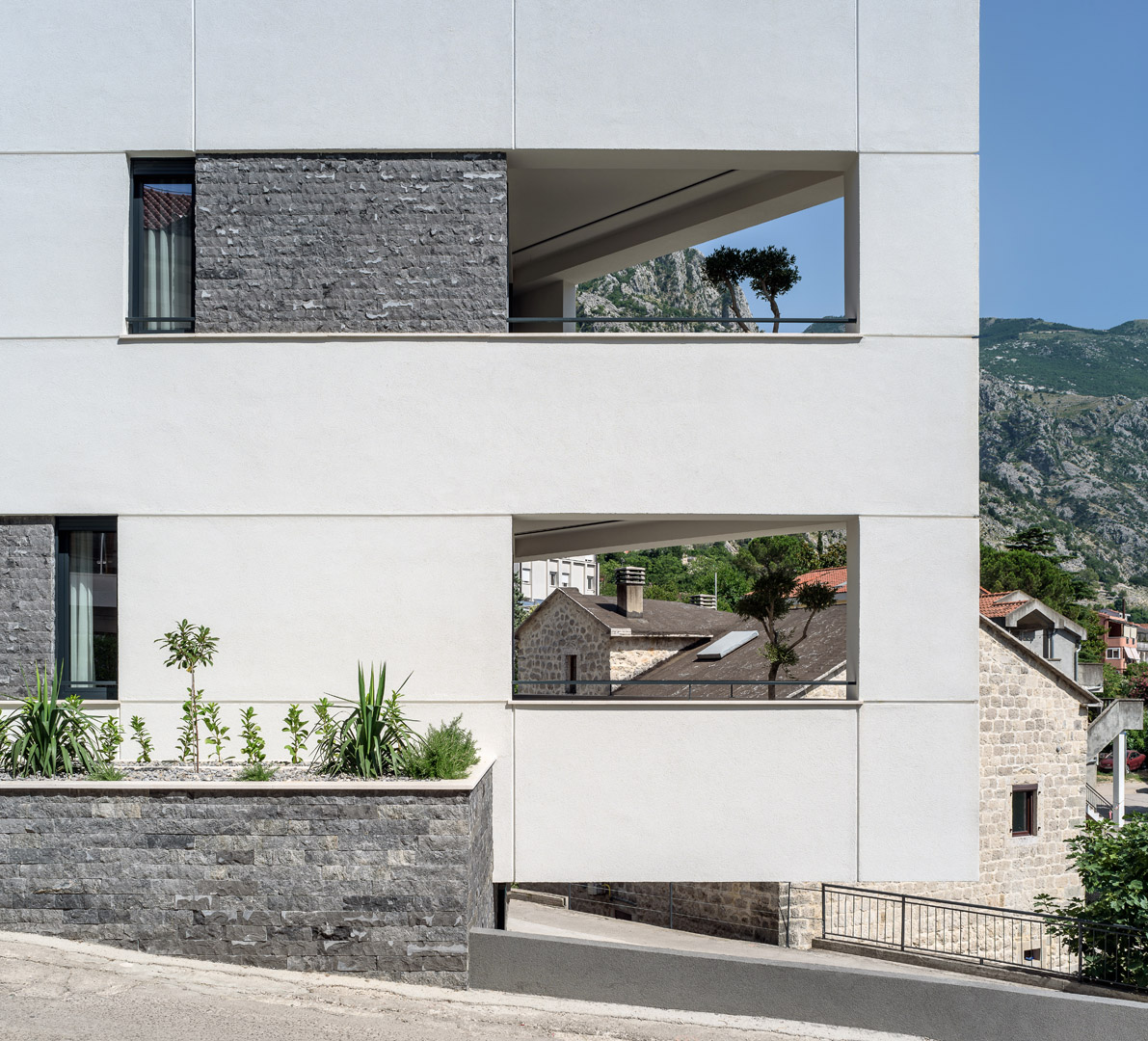 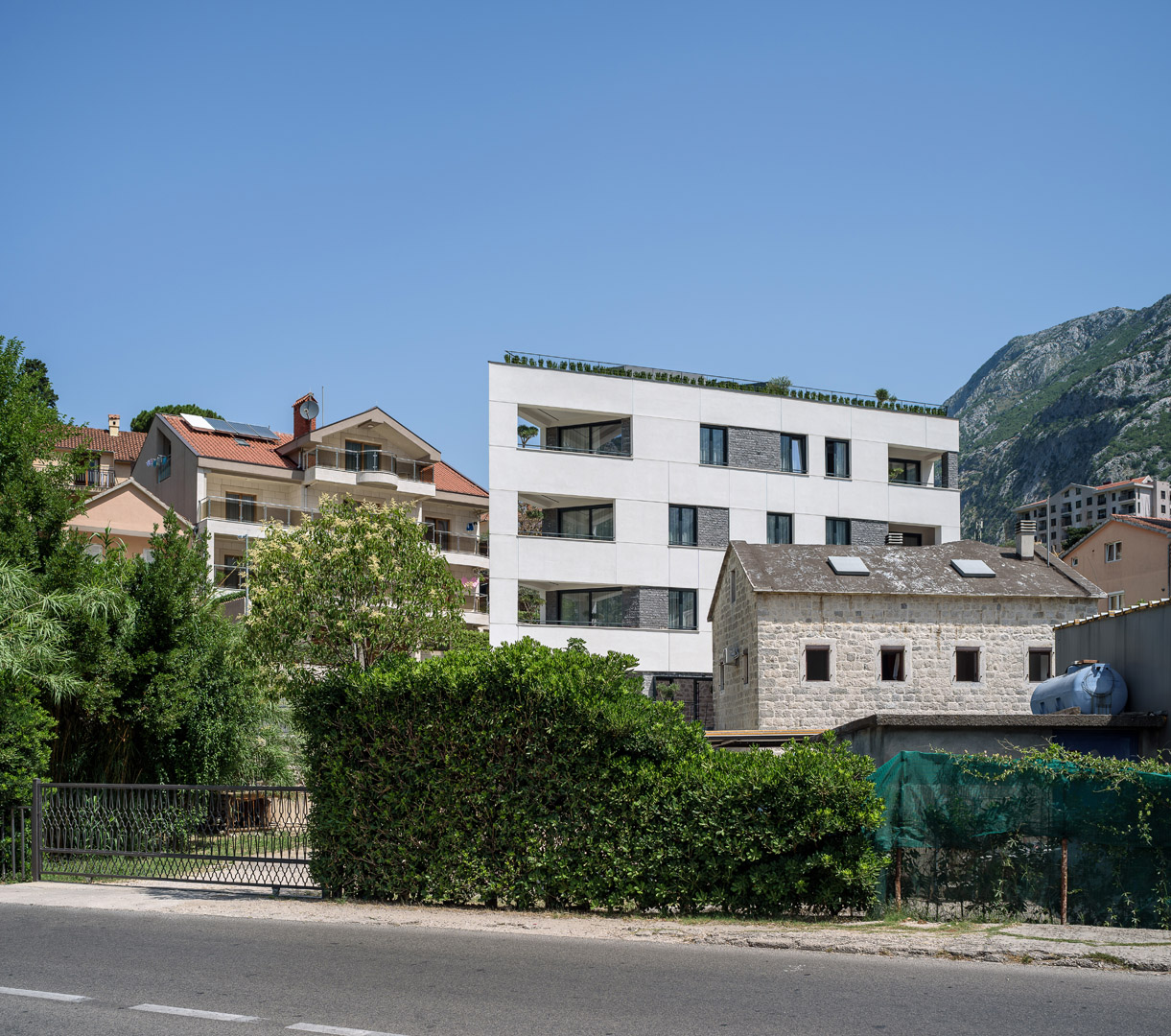 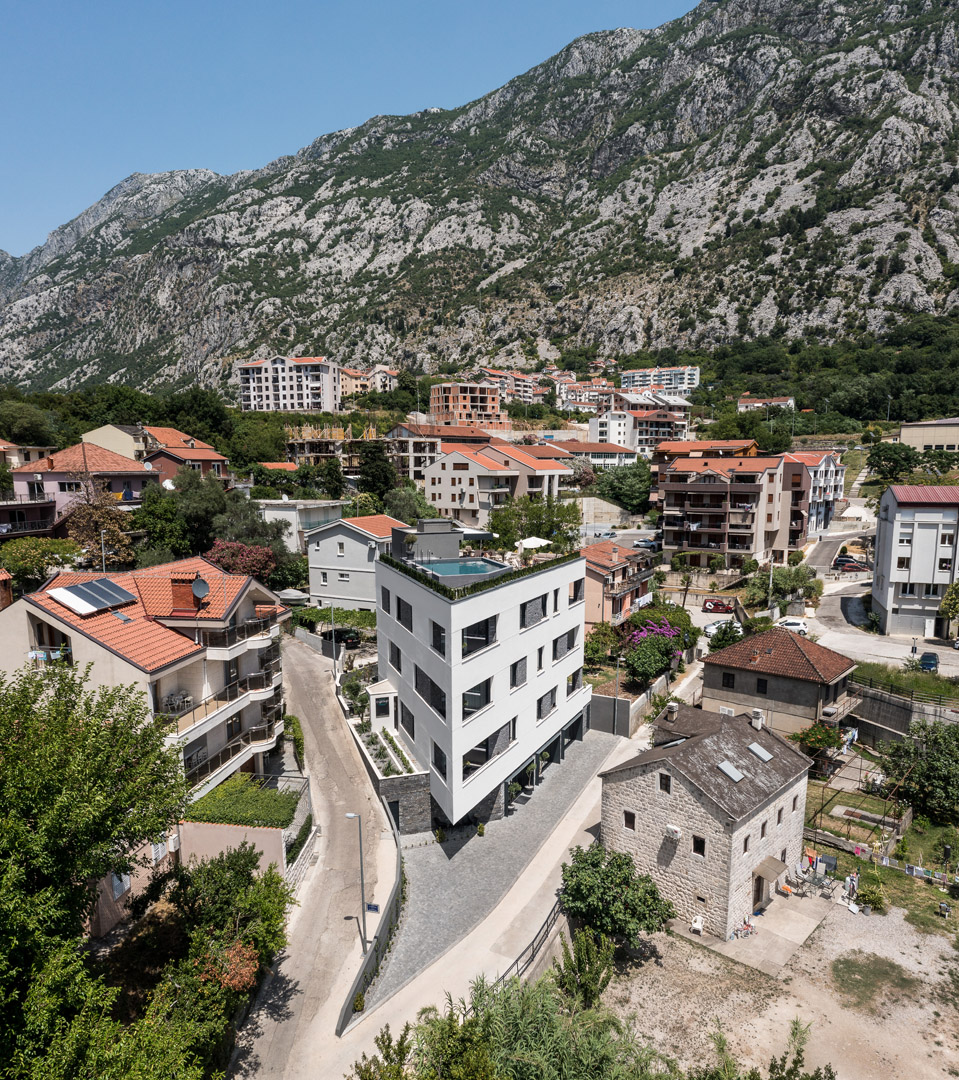 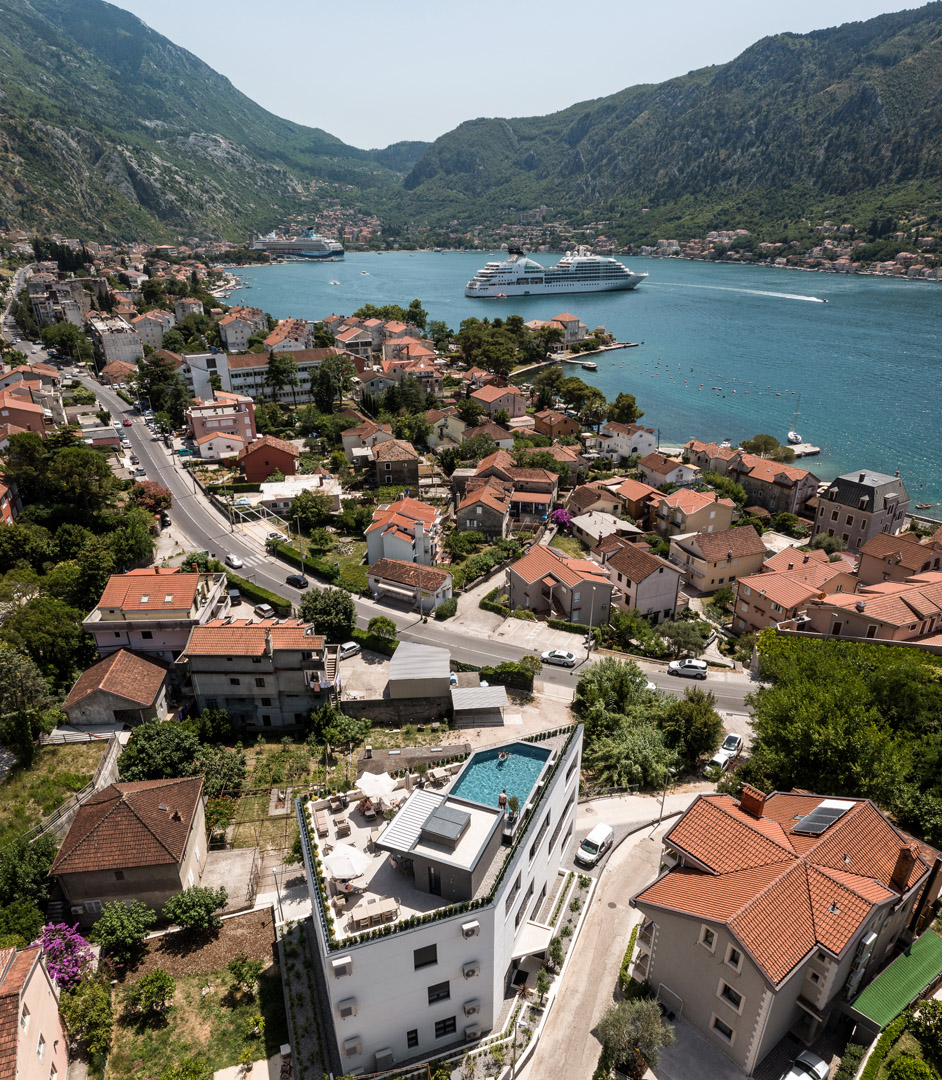